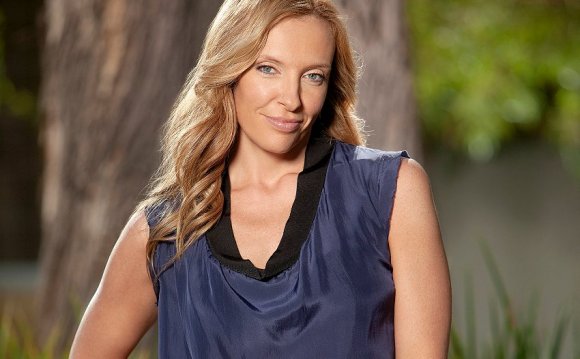 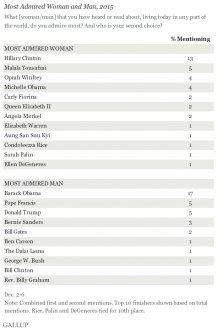 PRINCETON, N.J. - Americans again name Hillary Clinton and President Barack Obama the woman and man living anywhere in the world they admire most. Both win by wide margins over the next-closest finishers, Malala Yousafzai for women and Pope Francis and Donald Trump for men. 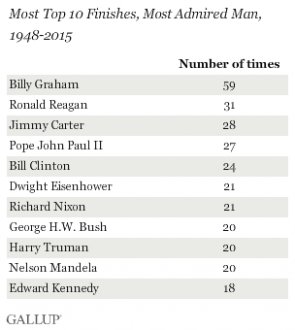 Trump's surprisingly strong and often controversial presidential campaign has made him a prominent news figure this year and, thus, top-of-mind for many Americans. This helps explain his strong showing when Gallup asks Americans, in an open-ended fashion, to name the man they admire most. The successful businessman has finished in the top 10 four other times, including from 1988 through 1990 and in 2011.

10 Most Admired Women in the World