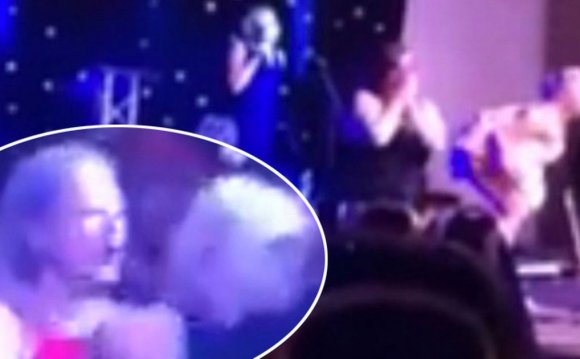 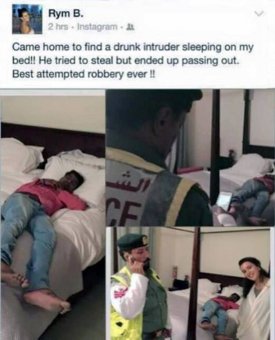 The woman posted the pictures on Instagram (Picture: CEN)

This is the moment that a woman found a stranger asleep on her bed when she got home.

Knowing her friends wouldn’t believe her, the businesswoman in Dubai took a selfie with a police officer next to her and the stranger in the background.

At first she thought he may have been a thief but police told her that he was just drunk and had gone into the wrong flat.

He told them he just wanted a sleep and after finding an open door he let himself in and passed out.

Dubai’s assistant police commander for criminal affairs, Major General Khalil Al Mansoori, said: ‘They had alcoholic drinks. The man then sneaked into the woman’s apartment and slept on her bed as he was very tired. We are satisfied he had no intention to steal.’

But under Dubai’s strict rules he could face charges over drinking alcohol and being in the woman’s bed because it’s illegal for couples that are not married to share a bed.

The life stories of Indian business leaders by Peter Church