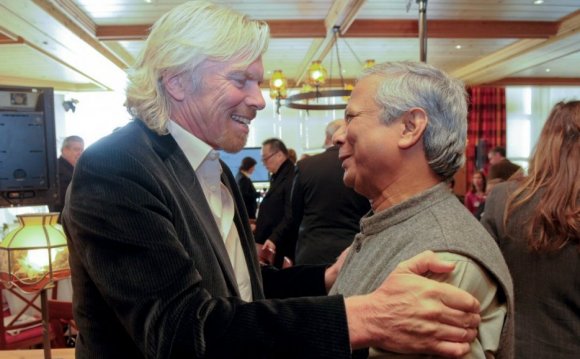 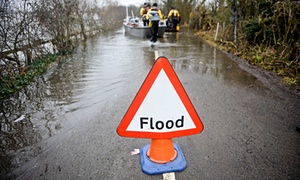 Climate scientists have linked recent extreme rainfall in the UK to climate change, which they say has made the situation worse. Photograph: Ben Birchall/PA

The high profile UN summit on climate change in Paris appears to have had little impact on the decision making and worries of global business leaders.

Despite concerns about its impact on

Instead, over-regulation was listed as the biggest threat to business (by 79% of CEOs), followed by geopolitical uncertainty (74%) and other key threats including cyber attacks (61%).

In contrast, climate change and environmental damage was mentioned as a threat to business growth by just 50% of CEOs.

Business leaders from developed countries listed fiscal crisis and cyber-attacks as their biggest concerns, while in emerging and developing economies the biggest concern was unemployment, underemployment and energy price shocks. “No executive considers failure of climate mitigation and adaptation as the number one risk for doing business in his/her country, ” states the report.

By contrast, a wider survey of economists, academics and civil society also produced by the WEF listed climate change as the biggest potential threat to the global economy in 2016. A failure of climate change mitigation and adaptation was seen as likely to have a bigger impact than the spread of weapons of mass destruction, water crises, mass involuntary migration and a severe energy price shock.

PwC suggested that contrary to its findings CEOs were concerned about the impact of climate change. “We don’t believe a low score in one question reflects overall thinking and action on it, ” a spokesperson told the Guardian. “A quarter of all CEOs included ‘reduced environmental impacts’ in the three outcomes that should be joint government and business priorities in the countries in which they are based... and they are showing greater understanding of environmental impacts in their business and supply chain.”

PwC said the results from this year’s survey also revealed a higher level of concern of climate change amongst CEOs than they did after the UN summit on climate change in Copenhagen in 2009 (50% vs 37%).

Leadership that Shapes the Future - Foster School of Business

Meet Some of the Country’s Top Business Leaders

TRS leaders to submit the list of ministers to Raj Bhavan