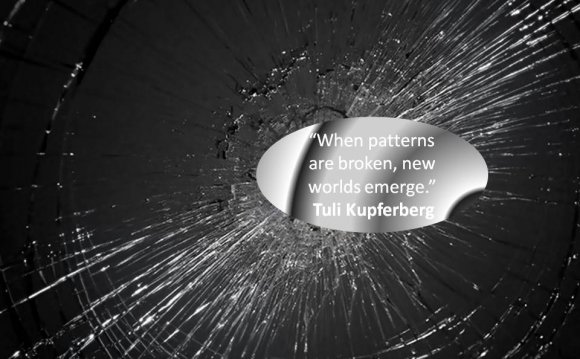 What goes on inside the head of a 25-year-old billionaire entrepreneur?

We combed through the interviews, speeches, and rants of the world’s most successful young entrepreneurs to find their best quotes. Some quotes will inspire you, others will inform you, and a couple might even just change the way you think about online business forever.

I’ve broken the quotes down into categories like Quotes About Risk and Practical Quotes, which you can view on the table contents to jump to whatever section of quotes you like. The Internet’s brightest young entrepreneurial minds are talking on subjects from Simplicity to Social Media – and we would be fools not to listen.

Everybody on this list below started their company in their teens or early 20’s and they’ve all achieved wild success beyond their years. A few of the young entrepreneurs on the list’s age has crept into the early 30’s, but that’s still pretty young to be a CEO.

The 50 top quotes from the top young entrepreneurs is below. If you’re interested in this post you may like our 50 Great Thoughts on Success and our Top 30 Quotes To Inspire Entrepreneurs.

“I find it best to dive right in and learn the hard way.”

“If you do the things that are easier first, then you can actually make a lot of progress.”

“A hard thing is done by figuring out how to start.”

“To any entrepreneur: if you want to do it, do it now. If you don’t, you’re going to regret it.”

“If you’ve got an idea, start today. There’s no better time than now to get going. That doesn’t mean quit your job and jump into your idea 100% from day one, but there’s always small progress that can be made to start the movement.”

“Everything started as nothing.”

“I don’t have big ideas. I sometimes have small ideas, which seem to work out.”

“I suffer from the delusion that every product of my imagination is not only possible, but always on the cusp of becoming real.”

“People tend to think that in order to start a new business they have to come up with something new and dazzling, but that’s a myth – and it’s often propagated by venture capitalists.”

“If Google teaches you anything, it’s that small ideas can be big.”

Being a Young Entrepreneur

“I think I was very naïve early on, but that also meant I didn’t know what couldn’t be done.”

– Jacob Cass, Logo of the Day

“The earlier you start, the more time you have to mess up.”

“There’s no committee that says, ‘This is the type of person who can change the world – and you can’t.’ Realizing that anyone can do it is the first step. The next step is figuring out how you’re going to do it.”

“The biggest risk is not taking any risk… In a world that changing really quickly, the only strategy that is guaranteed to fail is not taking risks.”

“Don’t make decisions based on fear.”

“I’ve also learned that the biggest lessons came from my biggest mistakes.”

“The hardest part about being an entrepreneur is that you’ll fail ten times for every success.”

“Running a start-up is like eating glass. You just start to like the taste of your own blood.”

“I think not focusing on money makes you sane because in the long run it can probably drive you crazy.”

“The companies that I really admire the most are the ones that have a deep visceral understanding of why people use their service, and they figure out ways of making money that are completely consistent with how people are feeling and what they are doing at the time.”

“To be successful online, you have to be nimble and evolve where the opportunities are. You have to layer revenue streams.”

“There are a lot of rich people in the world. There are very few people who have the privilege of getting to invent things that billions of people use.”

“Anything can be done, as long as you truly believe it.”

“We led with our conviction rather than rational, because rational said it was impossible.”

“Find something you love and do it better than everyone else.”

“My number one piece of advice is: you should learn how to program.”

“If you make the Internet, live on the internet.”

“Don’t take too much advice. It’s just that most people who have a lot of advice to give—there are a few people who are exceptions, and they have a lot of data in front of them—most people generalize whatever they did and say that’s the strategy that made it work.”

“Building and hanging on to an audience is the biggest role of social media.”

“I believe photos is one of the underlying things in every social network that becomes successful.”

“The next big thing is the one that makes the last big thing usable.”

“There’s a lot of pressure to look like the last company that was successful.”

“The pace of change for entrepreneurs is rapidly accelerating, and the cost and risk of launching a new business and getting off the ground is just amazing. The ability to gain user feedback really quickly and adapt to what your consumers want is totally different with the web as it is now. But finding a new market, helping people and taking that original idea and turning it into a business is really exciting right now.”