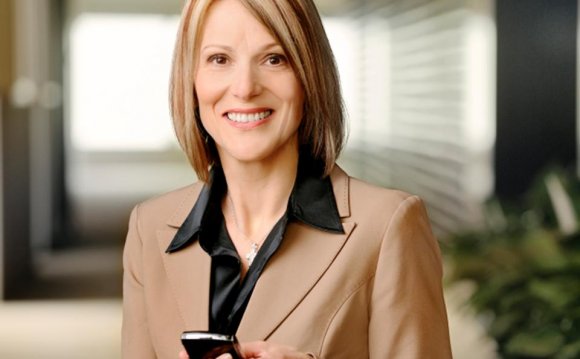 Everyday conversations with managers have a big impact on how people view their future at a company — and that turns out to be a bad thing for women in the workplace.

In the chart below, you can see that women's ambitions and confidence drop significantly after two years, while men's roughly stay the same. Both genders see a jump in ambition and confidence once they get to the senior level. 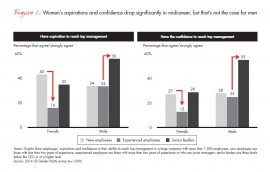 New female employees are more likely than new male employees to agree with the statement, “My supervisors have been supportive of my career aspirations.” But by midcareer, the picture looks very different (see Figure 4). Experienced women’s agreement level is about one-third lower than new women’s, while men’s barely moves.

The thing here is that the researchers start defining "mid-career" at two years in. TWO YEARS is all it takes to drain the ambition out of young women when a company isn't supportive of them.

There are three things that the researchers find contributes to this reduction in ambition from the women in the survey: not meeting the stereotypes for the "ideal worker, " not enough support from supervisors, and a lack of role models in the workplace. Essentially, women arrive confident and ambitious, but quickly come to find that they don't look like the kind of person who gets promoted, so they reduce their expectations.

And while women do tend to take more time off when they have children, the researchers found that the question of ambition wasn't affected when women have kids. It is, however, affected big time when it isn't fostered early in a woman's career.

Women Corporate Directors: Who we are