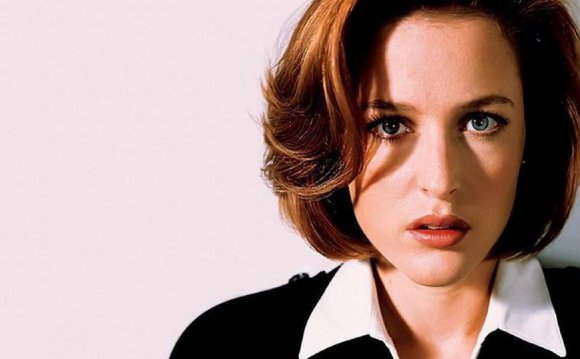 If when you hear the words "adventurer" or "explorer, " you get the image of a macho man in a pith helmet on a quest to discover new lands, here are the names of some women that should turn that image around. These are just a few of the many bold females pioneers who dared to explore uncharted areas through time and space - any of whom might make a worthy namesake for your own little adventurous girl.

Alexandrine Tinné was a Dutch explorer in Africa and the first European woman to attempt to cross the Sahara, in 1859. One of the more unusual names in the Alex family, Alexandrine has royal ties in several countries, and its variant Alexandrina was the first name of Queen Victoria.

Born in 1875, Delia Akeley led expeditions to Africa, studying the ethnography of such reclusive tribes as the Forest People pygmies in the 1930s, and exploring the Tana River in a dugout canoe. Delia, which started as a short form of names like Adelia and Cordelia, has long stood on its own. Despite its Greek roots, Delia projects an element of Southern charm.

Called “the last of the Romantic travelers, ” Freya Stark was the first European woman to enter parts of Iran, published many books on travel and put her knowledge of the Middle East to use in combating fascism. Freya, the name of the Norse goddess of love and beauty, is a Top 50 name in Scotland, England and Ireland, but only entered the U.S. pop list in 2013.

Gertrude Bell was an English writer, traveler and archaeologist who explored the Middle East in the 19th century and played a major role in establishing the modern state of Iraq. Gertrude has been off the charts since the mid-sixties, but I can almost imagine a cute little Gertie making a modern comeback.

The highborn British Lady Hester Stanhope led a life of adventure, sailing to Athens (where Lord Byron swam out to welcome her), then set out for Egypt (in men’s clothes), met with rulers, and was the first European to visit several cities. Hester has been on hiatus even longer than Gertrude, but she’s always had an aristocratic air in the U.K., and just might follow cousin Esther back into the baby name game.

The first person to be inducted into the Royal Geographical Society in 1892, Isabella Bird became a household name for her explorations and writings about China, Korea, Morocco, Hawaii, Australia and India. Isabella, the Number 4 girls’ name in the country, has been riding a huge wave of popularity for several years - not coincidentally in tandem with the birth of the "Twilight" franchise.

Louise Boyd was the first woman to fly over the North Pole, in 1955, after starting her first Arctic exploration in 1926, and later leading five expeditions to Greenland. Known as the “ice woman, ” she repeatedly explored and photographed the Arctic Ocean. The vintage classic name Louise had been in the Top 1000 (sometimes in the Top 20) for over a century before dropping off the list in 1992; its plethora of appealing nicknames could just bring it back.

Mae C. Jemison was the first African-American woman in space, as a medical doctor on the space shuttle Endeavor in 1992. Sweet but spunky Mae is starting to attract a lot of attention again, especially in middle place. She’s now at Number 674 nationally and 68 on Nameberry.

Nellie Bly, born Elizabeth Cochran, was an internationally famous New York investigative and adventurous journalist who made a record-breaking trip around the world in 72 days. Nellie would be a sentimental choice on its own, or as a nickname for Helen or Eleanor.

(Marie) Octavie Coudreau was a French explorer and writer who was hired to explore and chart the Amazon region at the turn of the last century. Octavie is the pretty French version of Octavia, both of which relate to the number eight. It would make a unique possibility in the US.

Olive Murray Chapman filmed the cultures of Madagascar and Lapland in 1939. The quietly appealing Olive, while not as showy as her more popular sister Olivia, has been rising rapidly on the charts since being chosen by a few celebs, including Drew Barrymore: It’s not at Number 291, and 79 on Nameberry.

With her husband Martin, Osa Johnson was an American adventurer, writer, photographer and documentary filmmaker, studying the wildlife and peoples of East and Central Africa, the South Pacific and British North Borneo in the first half of the twentieth century. Osa is one of several three-letter o-names that had some usage in the late nineteenth century, ranking at Number 615 in 1881.

Valentina Tereshkova was a Soviet cosmonaut and the first woman - and first civilian - to fly into space in 1963, orbiting the Earth 48 times. The exotic Valentina entered the Top 1000 in 1994, and since then has shot up to Number 129; it was picked by actress Salma Hayek for her daughter.