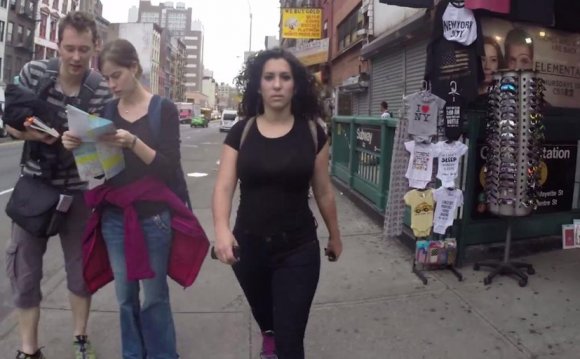 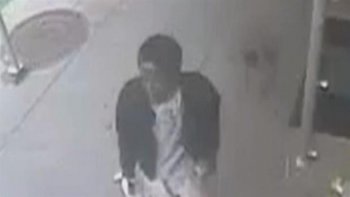 The suspect wanted in a string of recent attacks on Asian women in Manhattan has been found dead of an apparent suicide inside a basement on the Upper East Side, law enforcement sources said. Ida Siegal reports (Published Monday, June 22, 2015)

The suspect wanted in a string of recent attacks on Asian women in Manhattan has been found dead of an apparent suicide inside a basement on the Upper East Side, law enforcement sources said.

The suspect, 25-year-old Tyrell Shaw, apparently hanged himself and was found in an elevator shaft on the 700 block of Madison Avenue, according to the sources. The body was positively identified as Shaw's.

Shaw's passport and a suicide note were discovered near his body, the sources said, though the nature of the note wasn't clear.

Police are still searching for the man who appears to be attacking Asian women in their 20s and 30s at random in NYC, and his latest victim is afraid he'll strike again. Marc Santia has more. (Published Monday, June 15, 2015)

A woman who works in an office inside the building said a stench had wafted from the near the elevator in the last few days.

"This morning it smelled horrible. It still smells bad, and the lights are on in the basement, " Karen Bennet said Monday, the day the body was found.

Police said the suspect began attacking Asian women earlier this month in Chinatown. In the first case, on June 10, he asked a 35-year-old woman, "Who is the president of the United States?" police said. When she didn't respond, police said, he walked away, then returned with a white plastic bag containing a hard object and hit her in the face.

About four hours later, a 29-year-old Asian woman was walking down Park Avenue near East 30th Street when the suspect walked past her and waited at the corner, police said. He hit her in the face with the bag when she reached the corner; she was treated at a hospital and released.

Two days later, on June 12, the same suspect attacked a 34-year-old woman walking near Second Avenue and East 60th Street. As in the earlier cases, he walked up to her, armed with the white bag containing the hard object, and bashed her in the forehead. She also was treated at a hospital.

The woman in that case said the man spoke to her, saying, "All Asian girls doesn't talk to me, " the victim told NBC 4 New York. She said he complained he could never get their phone numbers; she said she ignored him.

"And then, just after next second, he just hit my face, " the woman said.

She said she chased the man after the attack, but stopped when she realized she was covered in blood. The woman needed 10 stitches to close a gash above her eye. She said the wound is so painful that she can't work.

The most recent attack was on June 15, when police said the suspect tried to strike up a conversation with a 41-year-old Asian woman on Mulberry Street. She ignored him and he left, but returned, this time with a gray bag containing a hard object, and whacked her in the face with it.

None of the victims were seriously injured in the attacks.

Police had also briefly investigated whether Shaw was the man who allegedly followed two women for about an hour a few days before the first attack, but sources later said it didn't appear those cases were connected to the pattern.

The writer of the blog said he would begin attacking women after following two women in SoHo and being rejected by other Asian women. He said he was growing frustrated after talking to nearly 1, 500 Asian women in less than a year.

"By starting an independent civil war where I will hit over a million Asian Women in the face with a stick will change history, "he wrote.

"Heres my plan: Every Asian Woman by herself must be hit in the face. I may even take a photo before hitting them. The reason is because I don’t think Asian Women like me and that specific one or two or three may have never met me. So I think its brilliant to give all Asian Women a legitimate reason to hate me, " the person continued.

JOHN LENNON LIVE IN NEW YORK CITY - WOMAN IS THE NIGGER OF ...