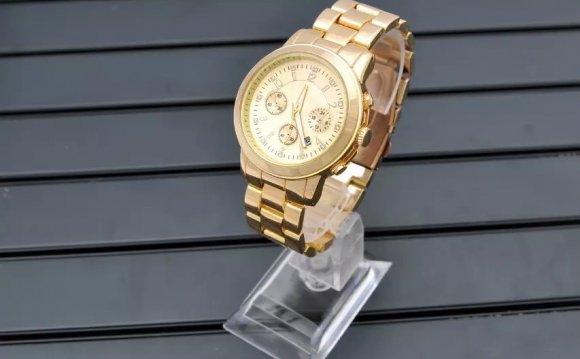 Angela Ahrendts, 50
Under Ahrendts’ leadership, Burberry has become the first British fashion company ever to enter the FTSE 100.Ahrendts’ partnership with Christopher Bailey, the creative director, has given Burberry a reputation as the coolest, and most powerful, British fashion brand around.

Laura Wade-Gery, 43
As chief executive of tesco.com and Tesco Direct, Britain’s biggest internet retailer, Wade-Gery is possibly the most powerful woman in the country’s retail industry. Tesco’s profits from its online business were up 26 per cent last year and, with the company now moving into the books market, it could become a serious rival to Amazon.

Joanne Segars, 45
Segars has a lot to say about what happens to our pensions. As chief executive of the National Association of Pension Funds, the body that represents the interests of about 800 occupational pension schemes, Segars is one of the few senior women in the industry. With the sector in crisis, and the state pension age set to rise, Segars’s profile is going to be higher than ever.

Martha Lane Fox, 37
One of the original dotcom entrepreneurs, Lane Fox made £18 million when her company lastminute.com was sold. Then she recovered from a near-fatal car crash to open a successful chain of karaoke bars. She is a non-executive director of Marks & Spencer and Channel 4, and is leading the campaign to help the under-privileged of Britain have access to the internet.

Amanda Staveley, 37
Staveley is the glamorous ex-girlfriend of Prince Andrew and a 'super-broker’ in the Middle East (she earned £40 million commission when she arranged a deal between Barclays bank and some Middle Eastern investors). 'It wouldn’t matter if I was making £8 million or £200 million. I just want to go to bed at night and say I’ve done a good job, ’ she says.

Angela Knight, 61
The chief executive of the British Bankers’ Association has a tough job – defending the banks – but an equally tough disposition. She admits 'we are natural hate figures’, but says bankers aren’t to blame for the financial crisis.

Sarah Brown, 46
With international contacts at the highest levels, the wife of the former prime minister is poised to become one of the most powerful philanthropists on the planet. She recently hosted an international women’s symposium in New York alongside Arianna Huffington and Donna Karan. Global patron of the White Ribbon Alliance, which aims to prevent death in childbirth, she is the British female with the highest number of Twitter followers after Lily Allen.

Brenda Hale, 65
The first woman to become a law lord, Baroness Hale is now the only female Justice of the Supreme Court. 'Ms Diversity’, as she calls herself, campaigns for more women to join the judiciary.

Ceri Goddard, 39
As chief executive of the Fawcett Society, the country’s leading campaign group for women’s rights, Goddard leads the fight in the battle for maternity rights and equal pay. She has just launched a legal case against the Government, claiming that Treasury officials broke the law by failing to carry out an assessment of whether the plans for heavy spending cuts would hit women hardest. (According to the House of Commons Library, three quarters of the £8 billion extra direct tax and benefit changes will be paid by women.)

Cressida Dick, 50
Dick is assistant commissioner of the Metropolitan Police and the most senior policewoman in Britain. She is likely to play a crucial role in preparations for the Olympics and has a chance of becoming the first ever female police commissioner in Britain.

Harriet Lamb, 48
Last year sales of Fairtrade goods rose to record levels and, as a result, the lives of millions of farmers in developing countries have been improved. Much of the credit is due to Harriet Lamb, executive director of the Fairtrade Foundation in Britain.

Camila Batmanghelidjh, 47
Batmanghelidjh is the founder and director of Kids Company, a charity that supports 13, 000 vulnerable inner-city children each year. Her work with young people has given her a legion of supporters as well as making her one of the most influential charity workers in the country.

Barbara Stocking, 59
Dame Barbara Stocking became head of Oxfam GB in 2001 and has just overseen the charity’s strongest results in its 68-year history. She not only co-ordinates its response to humanitarian disasters such as the earthquake in Haiti and the floods in Pakistan – helping 17 million people in 62 countries last year alone – she reminds us that inhabitants of the Third World are the real victims of the financial crisis and climate change.

Celebrities - Famous Women Then And Now