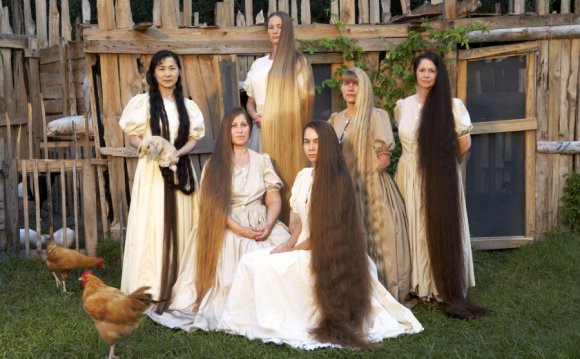 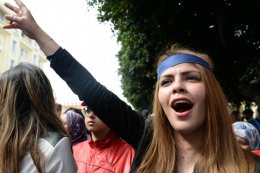 A Moroccan woman flashes the sign for victory during a protest calling for gender equality marking International women's day in Rabat on March 8, 2015. Photo: Getty Images

Wednesday is National Women's Equality Day, an observance intended to commemorate the adoption of the 19th amendment. Women won the right to vote in the House in January 1918 and in the Senate in 1919. The amendment was ratified by its 36th state - Tennessee - on Aug. 18, 1920, and it arrived in Washington, D.C. the morning of Aug. 26, 1920. Secretary of State Bainbridge Colby promptly certified it.

"The right of citizens of the United States to vote shall not be denied of abridged by the United States or by any State on account of sex, " the amendment simply read. "Congress shall have power to enforce this article by appropriate legislation."

Years later in 1971, Rep. Bella Abzug, D-N.Y., sponsored a joint resolution of Congress requesting that the anniversary of the amendment's certification be observed as Women's Equality Day. It was also set up to "call attention to women’s continuing efforts toward full equality, " according to its website.

President Barack Obama issued a proclamation Monday recognizing Women's Equality Day and praising women for their contributions to American society. "From businesses to battlefields, women are vital to the prosperity and security of our country, " he wrote. "As we celebrate the last 95 years of progress in advancing women's rights, let us rededicate ourselves to the idea that our nation is not yet complete: there is still work to do to secure the blessings of our country for every American daughter."

But Obama isn't the only person who has eloquently expressed his or her support for gender equality. Read quotes from famous women on the subject below, collected from Goodreads and quotegarden:

“We've begun to raise daughters more like sons ... but few have the courage to raise our sons more like our daughters.” ― Gloria Steinem

“How important it is for us to recognize and celebrate our heroes and she-roes!” ― Maya Angelou

“We must raise both the ceiling and the floor.” ― Sheryl Sandberg

"The only way for a woman, as for a man, to find herself, to know herself as a person, is by creative work of her own. There is no other way." ― Betty Friedan

"As a woman I have no country. As a woman my country is the whole world." — Virginia Woolf

“Society as a whole benefits immeasurably from a climate in which all persons, regardless of race or gender, may have the opportunity to learn respect, responsibility, advancement and remuneration based on ability.” – Sandra Day O’Connor

"A woman with a voice is by definition a strong woman. But the search to find that voice can be remarkably difficult." — Melinda Gates

"You don't have to be anti-man to be pro-woman." ― Jane Galvin Lewis

"How can we effect change in the world when only half of it is invited or feel welcome to participate in the conversation?" ― Emma Watson

"I would have girls regard themselves not as adjectives but as nouns." ― Elizabeth Cady Stanton

"Do not put such unlimited power into the hands of the husbands. Remember all men would be tyrants if they could. If particular care and attention is not paid to the ladies we are determined to foment a rebellion, and will not hold ourselves bound by any laws in which we have no voice, or representation." ― Abigail Adams