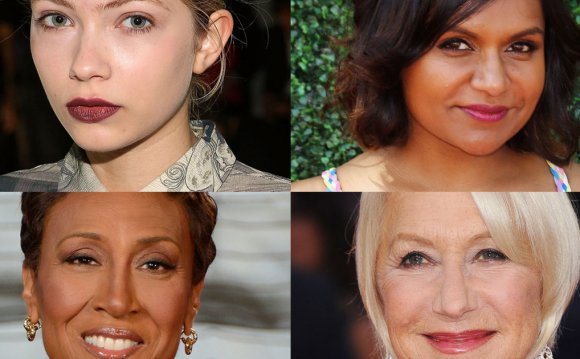 The earliest woman figure honored with a park or playground is Egyptian ruler Cleopatra (69 BC-30 BC), who has a Bronx playground named for her based on the site's proximity to Anthony Avenue, which isn't named for Cleopatra's lover Mark Antony, or even Mark "Anthony, " but rather a prominent Bronx family; the street name still sparked the imagination of then Parks Commissioner Henry J. Stern, who renamed the playground for her in 1997.

French-Polish physicist Marie Curie (1867-1934) discovered radium, polonium, and the nature of radioactivity with her husband Pierre. The Curies received many joint awards for their discoveries, among them the 1903 Nobel Prize for Physics. In 1911, Marie became the first person to receive a second Nobel Prize, this time for chemistry. Curie is honored in Queens' Marie Curie Park.

Other notable historical figures had a direct connection to New York. In Gravesend, Brooklyn, Lady Moody Square honors Lady Deborah Moody (ca.1583-1659), a wealthy, Protestant widow who left England for America in 1639, and in 1645, settled in Brooklyn. Modern women can be proud of Moody's contributions: Moody not only founded the town of Gravesend (naming it after her hometown in the Old World), but she also became the first woman in the New World to receive a land patent, to write the first town charter in English in New Netherland, and to establish one of the first towns with a square block plan in the New World.

Margaret Corbin (1751- ca. 1800), for whom Fort Tryon Park's drive and the traffic circle at the park's entrance are named, took control of her fallen husband John's cannon and fought during the 1776 battle at the site of what is now known as Fort Tryon Park. After American forces retreated into New Jersey following the Battle of Long Island and later the Battle of White Plains, about 3, 000 soldiers remained on the hill in present-day Fort Tryon Park. The Continental Army fortified the battlement during the summer of 1776, taking advantage of the site's steep terrain. On November 16, 1776, 4, 000 Hessian mercenaries fighting on behalf of the British attacked the outnumbered Maryland and Virginia riflemen who were defending the position. It was here that John and Margaret Corbin fought.

After cannoneer John Corbin was shot and killed, Margaret, who had helped to clean and load the cannon, took over for her husband, continuing to fire shots until she was hit by gunfire as well and subsequently captured. Although not fatal, the wounds in her shoulder crippled her for life. She received one-half of a soldier's pension, as decreed by the Continental Congress in 1779. Corbin later moved near the U.S. Military Academy at West Point, where she worked until her death, around 1800. In 1926, Corbin's body was disinterred and buried in the West Point Military Cemetery, the first woman to be buried at West Point. 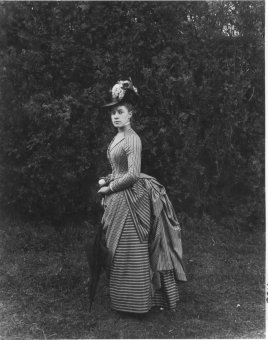 Staten Island's Alice Austen (1866-1952) was a photographer whose more than 9, 000 photographs of the late 19th and early 20th century document life in New York City and elsewhere. She was born in northeastern Staten Island in 1866 and later moved in with her grandparents who owned the Victorian cottage which takes her name - the house is one of many historic houses in the New York City park system. Austen lived in the house, later with her companion Gertrude Tate, until the Depression wiped out her life savings, and she was forced to sell the family home and move into a poorhouse. Only toward the end of her life was her photographic work rediscovered, and she received considerable media attention not long before her death in 1952. A large collection of her photographs is now owned by the Staten Island Historical Society.

Eleanor Roosevelt (1884-1962) was born in New York City in 1884. The niece of President Theodore Roosevelt and the wife of President Franklin D. Roosevelt, Ms. Roosevelt distinguished herself in her own right. As a worldwide spokesperson, lecturer, and news columnist, she set about championing the cause of social reform and racial equality. Roosevelt is honored with a playground in Bedford-Stuyvesant, Brooklyn and a monument in Manhattan's Riverside Park.

Eleanor Roosevelt's mother-in-law Sara D. Roosevelt (1854-1941) was a much beloved figure when Manhattan's Sara D. Roosevelt Park was named for her in 1934. Known as the "First Mother" - this at a time when very few presidents' mothers were alive while they served in the Oval Office - the park's dedication ceremony was broadcast over radio from Maine to Virginia, and attended in person by 100, 000 people.

Lillian Wald (1867-1940) was a leader in the social reform and recreation movement, and a pioneer in the field of public health. With Mary Brewster, she opened an out-patient nursing service on the Lower East Side, which expanded into the Henry Street Settlement House in 1893. In 1898, with eventual Parks Commissioner Charles Stover, she founded the Outdoor Recreation League, which sponsored some of New York City's first playgrounds. In 1902, she helped launch the world's first public nursing program and in 1912, promoted the American Red Cross's rural nursing service. Two playgrounds on Manhattan’s Lower East Side are named for her.

Dr. Gertrude B. Kelly (1862-1934) studied at the Women's Medical College of the New York Infirmary for Women and Children, and became one of the first women doctors in the United States. Later, Dr. Kelly ran a surgical clinic for the poor. She was a supporter of social causes, including the Irish Republican movement and women's suffrage. The Manhattan playground was named for Kelly by Mayor Fiorello LaGuardia on May 16, 1936 and was one of five "model playgrounds" opened by Robert Moses in 1934.