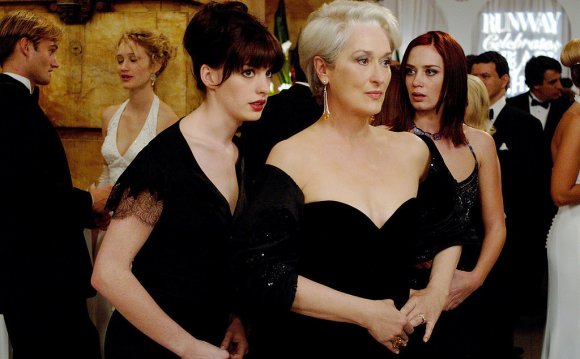 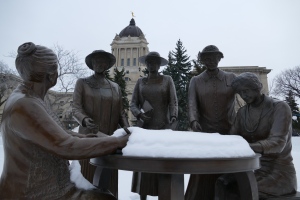 "We were young and vigorous and full of ambition. We would rewrite our history. We would copy no other country. We would be ourselves, and proud of it." — Nellie McClung.

It was the kind of savvy political strategy that politicians and lobbyists attempt to craft today: Stitch together a coalition of supporters from diverse communities, secure financial backers, mount a successful ad campaign, and earn some positive media coverage.

A group of women in Manitoba used it to win the right to vote a century ago.

The province was the first place in Canada to bring in women's suffrage, on Jan. 28, 1916. That triggered a wave of changes — first in Western Canada and finally at the federal level in 1919. Indigenous people, it should be noted, did not get the vote federally until 1960.

The Manitoba movement was complex.

There were people who supported temperance, and the havoc they believed alcohol was wreaking on families. There were many journalists — members of the Canadian Women's Press Club. Some unions supported women's suffrage, as did powerful farmers' groups.

This statue depicting Nellie McClung and other members of the 'Famous Five' stands on the Manitoba Legislature grounds. (Tyson Koschik/CBC)

Members of the Political Equality League, which included such notable members as Nellie McClung, Cora Hind and Lillian Beynon Thomas, as well as male supporters, helped recruit and rally those disparate voices with speeches, meetings and articles in the papers. They had paid organizers, and launched a major publicity blitz at the Winnipeg Stampede in 1913.

"I've always said that if (Beynon Thomas) had been running things today, she would have been running a strategy group that planned elections, because she was the plotter of the whole thing, " said Linda McDowell, a retired Manitoba history teacher and expert on women's suffrage.

Businesswoman Martha Jane Hample, who would go on to become a member of the provincial legislature, helped bankroll the activities of the league. Outside Winnipeg, there were other hives of suffragist activity in Gimli and in the Roaring River district. 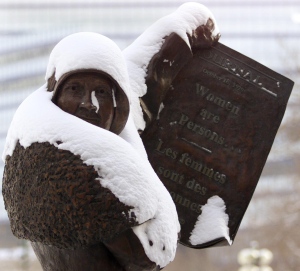 "Rural women in Manitoba by 1916 had telephones, good train service and good mail service, and people like Nellie McClung ... travelled to all these places; every little town had an auditorium or an opera house, " said McDowell.

"Really, there was a big network, and they had a lot of support."

Social media and viral videos didn't exist, of course, but in 1914 the women created major buzz with a provocative play at the Walker Theatre in Winnipeg. Their mock Parliament parodied the intransigence of Manitoba Premier Rodmond Roblin, and imagined a parallel world where women were in power.

Snow covers a Calgary statue of 'Famous Five' member Nellie McClung as she holds a 1929 announcement which helped give women the right to vote in Canada. (Canadian Press/Adrian Wyld)

Roblin's government fell the following year amid scandal, and the new Liberal government finally extended the vote to women in 1916.

Today, 29 per cent of the Manitoba legislature is composed of women lawmakers. Of the 14 MPs from the province, three are women.

"I thought in 100 years we'd be further along than we are, whether it's women in politics, women on boards, women running big companies, " lamented Myrna Driedger, founder of the Nellie McClung Foundation and a Conservative member of the Manitoba legislature.

Still, Driedger said she's felt in recent years that there is a new energy among women in Canada, a conviction that they must have a seat at the decision-making table. Earlier this month, 600 women gathered in Winnipeg at a business networking event called "SHE Day."