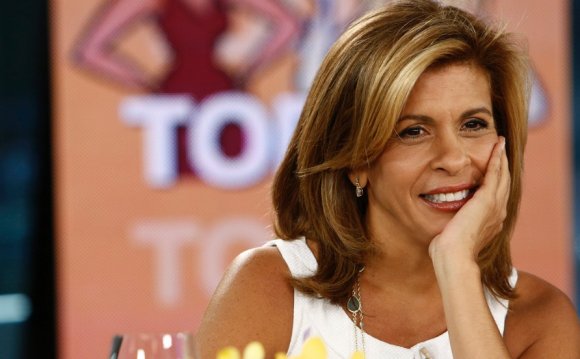 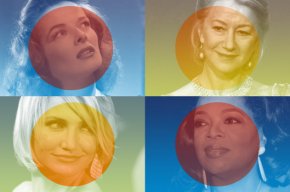 The public’s appetite for celebrity babies is pretty insatiable: the mere possibility of a baby bump on a “royal” can drive the internet into a full-fledged tizzy (e.g., Kate Middleton, Beyoncé) and celebrities rake in millions for featuring their newborn spawn on magazine covers.

This interest in celebabies guarantees that once a famous woman reaches a certain age, the press will commence aggressively grilling her about whether she wants to have kids — a phenomenon that can sometimes result in a flood of factually incorrect tabloid stories, as Jennifer Aniston can attest. Despite the mounting pressures to have a baby already, a number of well-known, powerful women have said no, thanks, and spoken quite frankly about their decision not to parent. Here, a roundup of inspiring, funny, empowering takes from women including Gloria Steinem, Condoleezza Rice, and Stevie Nicks, on the upsides of taking the road less diapered.

1. "It was not my destiny, I kept thinking it would be, waiting for it to happen, but it never did, and I didn’t care what people thought … It was only boring old men [who would ask me]. And whenever they went, ‘What? No children? Well, you’d better get on with it, old girl, ’ I’d say ‘No! F*** off!’” —Dame Helen Mirren, British Vogue, February 2013

2. "I'm completely happy not having children. I mean, everybody does not have to live in the same way. And as somebody said, 'Everybody with a womb doesn't have to have a child any more than everybody with vocal cords has to be an opera singer." —Gloria Steinem, Chelsea Lately, October 2011

4. "If I had kids, my kids would hate me ... They would have ended up on the equivalent of the Oprah show talking about me; because something [in my life] would have had to suffer and it would've probably been them." —Oprah Winfrey, The Hollywood Reporter, December 2013

My Year As an Abortion Doula Freaks, Geeks, and Mean Girls: 15 Famous Women on Their High-School Cliques

5. "There comes some pressure in your mid-30s, and you think, 'Am I going to have kids so I don’t miss out on something that other people really seem to love? Or is it that I really genuinely want to do this with my whole heart?' I didn’t feel that my response was ‘yes’ to the latter. You have to really want to have kids, and neither of us did. So it’s just going to be me and Ellen and no babies - but we’re the best of friends and married life is blissful, it really is. I’ve never been happier than I am right now.” —Portia de Rossi, Out, May 2013

6. "Honestly, we'd probably be great parents. But it's a human being, and unless you think you have excellent skills and have a drive or yearning in you to do that, the amount of work that that is and responsibility — I wouldn't want to screw them up! We love our animals." —Ellen DeGeneres, People, March 2013

7. "I grew up in a big old family with eight kids younger than me and several of my brothers and sisters came to live with me early on in my life. I've loved their kids just like they're my grandkids, and now I've got great-grand-kids! ... They call me 'Aunt Granny.' Now I'm GeeGee, which is great-granny. I often think, it just wasn't meant for me to have kids so everybody's kids can be mine." —Dolly Parton, People Country, May 2014

8. "I would have been a terrible mother because I'm basically a very selfish human being. Not that that has stopped most people going off and having children." —Katharine Hepburn, Kate Remembered by A. Scott Berg, published in July 2003

9. Would you consider that you've lived a fulfilled life if you never get married or have kids?
"Yeah, I will. I won't have kids [laughs] but I may still get married. But I would have lived a very fulfilled life if I had gotten married and had kids, too. But I'm very religious and I at some very deep level believe that things are going to work out as they're supposed to. The key is to be open to that and to appreciate the life that you've been given." —Condoleezza Rice, Ladies’ Home Journal, October 2010

10. "No, I've never regretted it. I'm so compulsive about stuff. I know that if I had ever gotten pregnant, of course, that would've been my whole focus. But I didn't choose to have children because I'm focused on my career and I don't think as compulsive as I am that I could manage both." —Betty White, CBS Sunday Morning, May 2011

11. "Oh, yeah, that’s perfectly fine for somebody who wants to. But at that time I didn’t want to — and I’m glad I don’t — have any children. God only knows what I would have done with them, poor things. I really do like kids, but there wouldn’t have been room in my life to raise children. I was so involved with my career and I would have had to give up the career in large part because I could not possibly have shortchanged the child...It’s hard to raise children and to do right by them. There are too many kids anyway. There’s too many people." —Lily Tomlin, Metro Weekly, April 2006

12. "There have been times when I wanted children and other times I've been grateful not to have them. I am a mess if I have to say goodbye to my dog for longer than five days. I don't know how I would deal with kissing my children as I left for work. I know there are women who are able to do that. I don't know if I could." —Anjelica Huston, Cinema.com, November 2011

13. "Nowadays, why get married? Nobody else does. It’s not like I want to have children, I tried that, didn’t work unfortunately ... It helped me because now I work with all kinds of children all over the world. Brain damaged children and I work with kids with AIDS and that’s how I’ve rationalized [not having kids]. I was meant to do something else.” —Liza Minnelli, Access Hollywood Live, April 2012

14. "I'm a woman of a certain age who doesn't have kids and never really settled down ... I enjoy kids but not for long periods. I think they're adorable and funny and sweet, and then I have a headache."

"When I was 5, my fantasy was to have a hundred dogs and a hundred kids. I realized that so much of the pressure I was feeling was from outside sources, and I knew I wasn't ready to take that step into motherhood. Being a biological mother just isn't part of my experience this time around."

25 Famous Women on Getting Older

15. "It's so much more work to have children. To have lives besides your own that you are responsible for — I didn't take that on. That did make things easier for me. A baby — that's all day, every day for eighteen years ... Not having a baby might really make things easier, but that doesn't make it an easy decision. I like protecting people, but I was never drawn to being a mother. I have it much easier than any of them. That's just what it is. Doesn't mean life isn't sometimes hard. I'm just what I am. I work on what I am. Right now, I think, things are good for me. I've done a lot. And I don't care anymore." —Cameron Diaz, "I'm not going to answer that question. I'm not mad at you for asking that question, but I've said it before: I don't think people ask men those questions.” —Zooey Deschanel, Marie Claire, September 2013