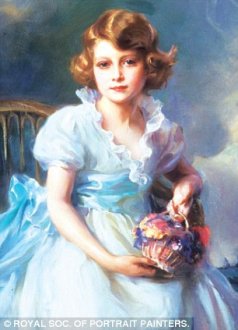 One of Laszlo’s last works, this shows the Princess Elizabeth aged seven. It’s rarely on display, hanging in Clarence House, and was a favourite of the Queen Mother. Laszlo described the Princess as ‘intelligent and full of character’. 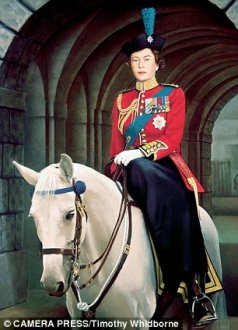 The Queen sits mounted for the Irish Guards; she is wearing the full ceremonial dress uniform as Colonel-in-Chief of the regiment. The horse is called Doctor.

£15, 000 (approximate valuation): This painting was commissioned by the Royal Society of Arts to mark 50 years of the Queen's patronage

£30, 000 (approximate valuation): Commissioned by the Royal Hospital, Chelsea, it features the Queen preparing for the State opening of Parliament, with two Chelsea pensioners in the background 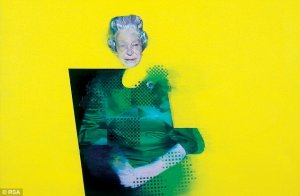 This was painted in Buckingham Palace, for the Corporation of the City of London.

Freud was not asked to paint the Queen, instead requesting the opportunity, and giving the painting to the Queen for free. Said to evoke Freud’s own image, it was hugely divisive with the critics.

The Queen wears a naval cloak, to reflect the commission by the submarine officers of HMS Dolphin. She described sitting with Hepple as ‘worth it, for the conversation alone’.

This was painted for the Queen’s 80th birthday. It took two months to do, and was, according to Rolf, designed to give a more ‘impressionistic’ look of the Queen.

ALL VALUATIONS APPROXIMATE, AND ARE BY RUPERT MAAS, MAASGALLERY.CO.UK.

SOME OF THE PORTRAITS FEATURED HERE CAN BE SEEN IN ‘THE QUEEN: ART AND IMAGE’ EXHIBITION AT THE NATIONAL PORTRAIT GALLERY UNTIL OCTOBER 21 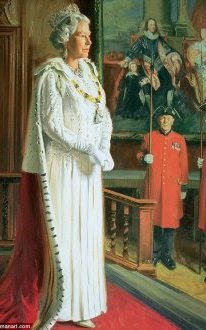 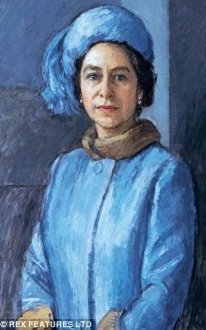 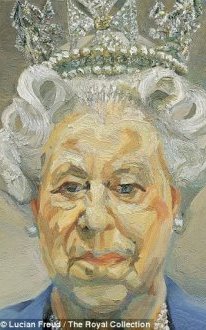 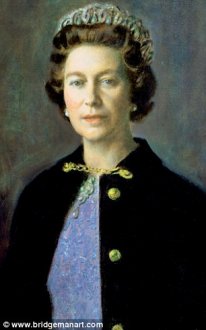