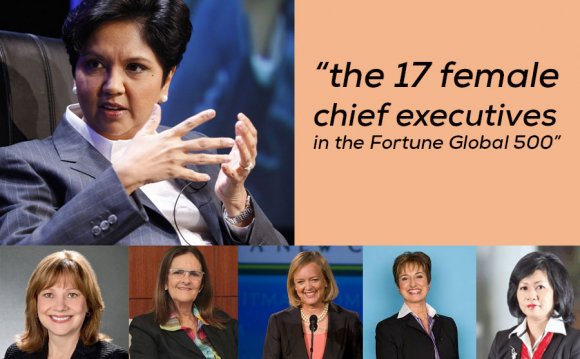 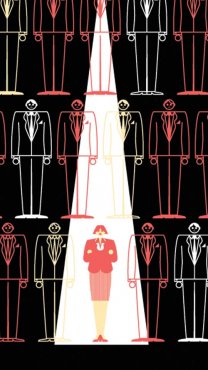 Is there really anything left to say about the dearth of female leaders in business? Doesn’t everyone agree that we need more of them—more diversity all the way around? And yet the numbers remain alarming. Among S&P 500 companies, according to Catalyst, women currently hold just one-quarter of executive and senior leadership positions, not quite one-fifth of board seats, and only 23 corner offices (4.6%).

Scholars tell us we can’t easily explain away these numbers. For example, although some women may “opt out” to take care of their families, not enough of them are doing so to account for their modest representation in positions of power. Even the most progressive companies may experience deep cultural conflict over whether, how, and when women should exercise authority. Studies have shown that women in power exhibit more symptoms of depression, while men in power exhibit fewer. Why? Because, say the researchers, female leaders are seen as abnormal and therefore face resistance. Assertive women are punished for being unfeminine; women who conform to stereotypes are deemed too meek for top jobs. As both the New York Times and Fortune have noted, at least a quarter of those 23 female S&P 500 CEOs have been the targets of activist investors. (By contrast, 15% of all companies in the index have since the end of 2009 dealt with activist campaigns, according to FactSet and the )

The unique challenges facing this group are made amply clear in a couple of recent books about two of them: Marissa Mayer, of Yahoo, and Mary Barra, of GM. Both ascended within decidedly male-dominated industries, and both took the controls of companies in crisis, reinforcing the belief that woman leaders often face a “glass cliff”—they get to run the place only when it’s about to fail. The books take very different approaches to their subjects, and the contrast illuminates at least some of the resistance women face on their way up the ladder.

When Mayer took over as the head of Yahoo, in July 2012, she inherited a business that seemed beyond rescue. As Nicholas Carlson documents in Marissa Mayer and the Fight to Save Yahoo!, the company had been in decline since at least 2000, brought low by years of epic arrogance and indiscipline. Yahoo’s problems are by now familiar: a lack of strategic focus, an overblown bureaucracy, an insane organizational structure, an utter absence of accountability, overreliance on ad revenue from doomed dot-coms. The intervening years—and CEOs—had done little to improve the situation.

If there’s one thing Mayer had in common with her predecessors, it’s that she was selected without the kind of due diligence you’d expect for a role of that stature; whether she really had the chops to take it on is a fair question. She did stumble right out of the gate, ending the company’s liberal work-at-home policy even as she built an in-office nursery for her own newborn. Carlson ticks off Mayer’s failings: bad hiring decisions, habitual tardiness, a tendency to micromanage, tone-deaf communications, and devotion to the universally despised practice of stack ranking. The author does occasionally allow that it’s way too early to judge Mayer’s performance as CEO, but his account can seem awfully petty, especially given the monumental challenges his subject is facing. So what if the newly arrived Mayer mistook the general counsel for an IT guy? Who cares if she wore a $10, 000 dress to meet her senior staff, or if her wedding was in Vogue? What does her weird laugh have to do with her ability to lead Yahoo to success?

As several people, including Farhad Manjoo in the New York Times, have noted recently, Mayer may deserve a lot more respect than she’s been given. She’s brought unprecedented transparency to Yahoo. And a lot of people think she was right to cut back on telecommuting; after all, an organization going through a dramatic but necessary reset requires much more face time from its employees. The businesses she’s built or acquired are making money, and the company appears to be back on track for growth this year. That’s pretty remarkable.

Would a man have been subjected to the snarkiness that Carlson doles out? Certainly the fact that Mayer is a young, pretty, stylish Silicon Valley rock star, with a Stanford and Google pedigree, invited scrutiny. That she assumed her role at Yahoo while pregnant definitely underscored her youth and femaleness. But I can’t get past a suspicion that the tone of this book is just another inadvertent expression of discomfort with women in positions of power. Where’s the book about a male CEO barely two years into pulling his company out of a long-running death spiral?

Mary Barra, by contrast, gets a much more respectful—if less entertaining—treatment in Laura Colby’s Road to Power: How GM’s Mary Barra Shattered the Glass Ceiling. This book has a different purpose: to offer inspiration to others, “whether they are aspiring engineers or accountants, parents of girls, teachers or HR executives at companies that want to stop shortchanging half of the population—and half their potential customers.” Another difference: Barra appears to have cooperated with the author.

Without a single reference to attire (that I could spot), Colby takes us through Barra’s climb up the ranks: She started at Pontiac as an 18-year-old student and worked her way through a series of increasingly responsible positions that honed her skills, gave her invaluable exposure, and ultimately led to her promotion to CEO, in January 2014. Although her early performance before a congressional committee to address the controversy over GM’s faulty ignition switches was at best inadequate, Barra seems to have righted herself. A year into her tenure, she has confronted the safety issues squarely, and GM has performed pretty well. Indeed, Barra comes across as smart, gutsy, magnetic, and down-to-earth. Her goal for GM? To “stop making crappy cars.” Hard to argue with that.

It’s clear that Mayer and Barra have a lot in common. They’re both trying to turn around enormous companies staggered by years of poor management. They’re both taking on entrenched corporate cultures, breaking down bureaucracies, and introducing transparency and accountability. They both deserve support, not sniping.

A version of this article appeared in the issue (pp.118–119) of Harvard Business Review.
Source: hbr.org

Female CEOs and the markets