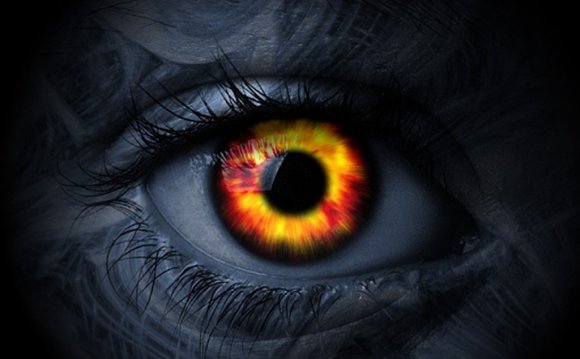 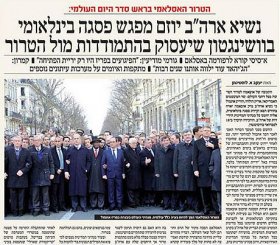 At first glance, this looks like a historic photograph. It depicts 40 world leaders, dressed in black, arms linked, marching through Paris in a show of solidarity with a 1.6 million French people and the remaining staff of satirical newspaper Charlie Hebdo.

Except, look at little closer. See anyone missing? The most powerful women in the Western world, perhaps?

That’s right. All the women, present in the original image, have been edited out.

Israeli newspaper The Announcer (HaMevaser) – a conservative orthodox Jewish publication- stands accused of Photoshopping women out of the picture.

After printing the allegedly doctored image on its front page, the paper has been criticised for disrespecting the unity march, which took place on Sunday following the massacre of 17 Parisians last week.

The women seemingly removed are German Chancellor Angela Merkel, Paris Mayor Anne Hidalgo and EU foreign affairs and security chief Frederica Mogherini. Danish Prime Minister Helle Thorning-Schmidt has been cropped, so that only her hand remains in shot, on the picture’s far left. 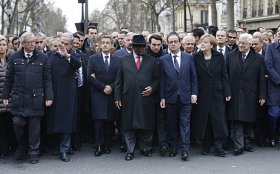 But, from looking at the version which appeared in print, you’d be forgiven for imagining that the head of Europe’s largest economy – not to mention a major power player on the world stage – had been absent.

The omission was first highlighted by Israeli news site Walla.com.

Angela Merkel in another photo from the rally

Many commentators have condemned the sexist editing and pointed out the irony that a ‘unity’ rally aimed at spreading a message of peace has been tampered with.

The paper isn’t the first orthodox publication to face criticism for editing women out of photographs.

In 2011, New York paper Di Tzeitung removed Hillary Clinton (then Secretary of State) from the famous White House situation room image, taken during the mission to kills Osama bin Laden It was forced to apologise, after claiming it was editorial policy not to publish pictures of women on the grounds of ‘modesty’.