Females in the world 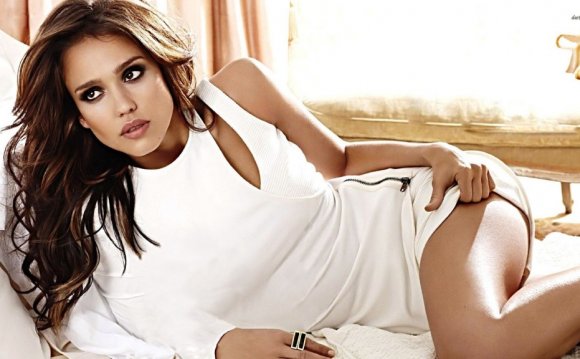 Women who are leading companies, countries and universities, who are breaking new ground in science and reimagining societies, will be gathering in Davos next week for the 46th World Economic Forum Annual Meeting.

Rubbing shoulders in the snow will be the woman who holds the purse strings to Africa’s biggest economy (Kemi Adeosun, Nigeria’s Finance Minister), the woman in charge of the Large Hadron Collider (Fabiola Gianotti, Director General of CERN), Lithuania’s first female president, Dalia Grybauskaitė, Norway’s prime minister Erna Solberg, and the first woman to run a global car company (Mary Barra, CEO of General Motors), who is also one of the meeting’s three female Co-Chairs.

Our panel of six Co-Chairs is evenly split along gender lines, with Amira Yahyaoui, a Tunisian human rights activist who founded an online platform to hold the government to account, along with Sharan Burrow, General Secretary of the International Trade Union Confederation, steering discussions on the theme Mastering the Fourth Industrial Revolution.

They join Davos veterans including Sheryl Sandberg, Facebook’s Chief Operating Officer, and Christine Lagarde, the head of the IMF, among over 500 outstanding female leaders from every part of public life.

In business, female participants include Inga Beale, the first female CEO of insurance market Lloyd’s of London as well as the first woman to top a power list of LGBT executives. She’s joined by Meg Whitman, CEO of technology giant Hewlett Packard Enterprise; Zhang Xin, a self-made billionaire who rose from poverty on the outskirts of Beijing to co-found real estate company SOHO China, and Chanda Kochhar, who oversees $125 billion in assets as the CEO of ICICI Bank, India’s largest private bank. Influential women in economics include Elvira Nabiullina, the first woman to take the role of Governor of the Bank of Russia, and Hélène Rey, an economist tipped as "the next Piketty".

There’s no getting away from the fact that the context is tough for women in business: as CNBC reported last December, the number of female CEOs in America actually went backwards last year, with just 4% of S&P 500 companies run by women, while our tenth annual Global Gender Gap report showed that women’s progress in the workplace has stalled markedly over the last five years. 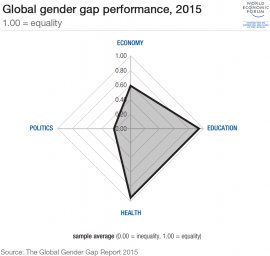 Against this backdrop, 18% of Davos participants this year are women (up from 17% in 2015 and 16% in 2014). Thanks in part to our quota, 20% of C-suite executives attending from our Strategic Partner companies are women. These rates are still too low, reflecting a whole host of factors that hold women back worldwide, and that we’re working to unpick, through initiatives like our Global Gender Gap report and Gender Task Forces.

For every sector alike, the biggest risk to the world today is undoubtedly climate change; and a woman is leading international negotiations to curb emissions: Christiana Figueres, Executive Secretary of the UN Framework Convention on Climate Change. She joins other female participants from the top tiers of governance and civil society, including Margaret Chan (Director-General of the World Health Organisation), Winnie Byanyima (Executive Director of Oxfam) and Queen Rania of Jordan, who campaigns for education and development.

The theme of this year’s meeting, , reflects the way digitisation is upending the way we live and work. Academia has a vital role to play in grappling with the challenges of this new economic era. Participants from this sphere include Drew Faust, the President of Harvard (and author of the immortal phrase, “I am not the female president of Harvard. I am the President of Harvard”), Elizabeth Blackburn, who won the Nobel prize for medicine and is now President of the Salk Institute for Biological Studies, Justine Cassell, a pioneering researcher in human-computer interaction and Jennifer Doudna, who co-invented a gene-editing tool.

Strongest MOST INCREDIBLE 17 yr old FEMALE in the world ...

13 Hottest Female Politicians in The World