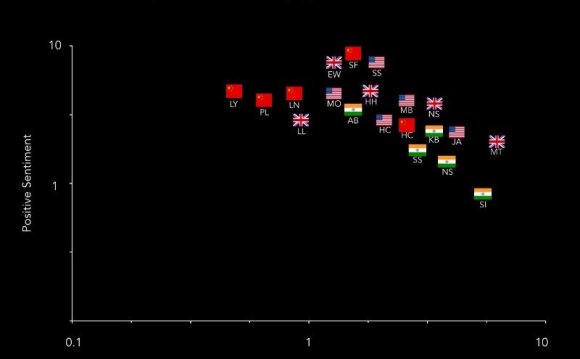 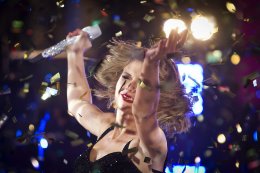 Fortune‘s annual list of the World’s Greatest Leaders is out, and the top-ranking woman is not wearing a pantsuit. Although Taylor Swift probably could pull it off, were she to try.

Does a pop star best known for writing kiss-off songs about her famous exes really belong at the top of this list? There’s no denying that positioning Swift in front of established leaders such as GM’s Mary Barra, philanthropist Melinda Gates, and Liberian president Ellen Johnson Sirleaf, is a controversial move. “It’s contentious, ” says Laura Huang, an assistant professor of management and entrepreneurship at the Wharton School. “If you’re talking about someone who can motivate people to act toward a common goal, it’s a harder sell.” And, judging by the Twitter reaction, there are plenty of skeptics out there.

what the hell Fortune? Taylor Swift on your list of 50 top world leaders?!

Fortune thinks only the leaders of China, India, Apple, the ECB, and the Catholic Church are better than Taylor Swift — who has a manager

But while haters gonna hate (hate, hate, hate, hate), the case for Swift is actually pretty impressive. Sure, we all know she can write hooks, and that she plays a mean guitar. But don’t gloss over the fact that she’s also the highest-paid woman in the music industry. In the past year, Swift racked up an impressive list of savvy business moves. Back in November, she pulled her entire catalogue from Spotify, saying that the streaming service doesn’t adequately compensate artists. Since then, she’s proved to be one of the savviest brand creators going. The singer took steps to trademark some of her key phrases (think “This sick beat”), devalued paparazzi snaps by posting her own photos to Instagram, and, just this week, made the news for buying up any adult-sounding web domains that include her name. She’s become a massive cultural influencer—exemplifying the exact model of leadership that forms the basis of this year’s list.

Of course, for those of us who aren’t a 25-year-old diva, the Greatest Leader ranking includes 14 other impressive female role models. The singer is sole woman from the entertainment industry (another pop culture superstar, Jimmy Fallon, represents for the men). This year’s list is dominated by activists and nonprofit leaders (7) and governmental figures (3). The traditional business world, on the other hand, doesn’t get much ink, with just Barra and Helena Morrissey, CEO of Newton Investment Management, landing spots. The spread is truly global; many of the women head up international businesses and organizations, and leaders from countries such as Liberia, Zimbabwe, Indonesia and Saudi Arabia earned prominent rankings.