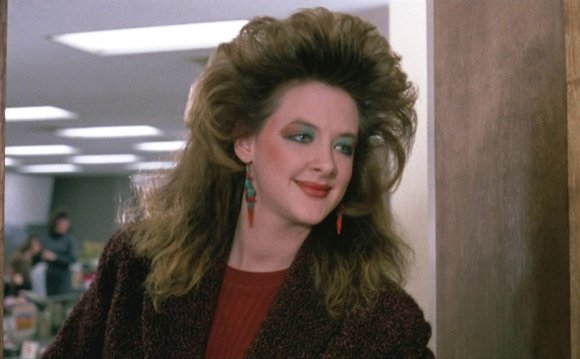 It’s the responsibility of management to tackle gender diversity, Avivah Wittenberg-Cox recently wrote on this site. Stop blaming women for what they do or don’t do, she argues, and train leaders to manage and develop a more balanced workforce. She makes a great point. Any cultural shift goes much more smoothly with the active involvement of the CEO and his or her (usually his) team. And it’s not realistic or fair to expect half the workforce to simply adapt their behavior to suit the other half, just because the latter are in charge.

But the evidence suggests that our leaders aren’t doing a very good job of it, at least not yet. Women still represent less than 5% of CEOs around the globe, and they remain seriously underrepresented in other top management positions and on executive boards. So yes, by all means managers should step up, but meanwhile, there’s no reason for an ambitious woman to sit on the sidelines and wait for her boss to get with the program. That’s what my colleague Lauren Ready concluded from a study she did here at the International Consortium for Executive Development Research, in which she interviewed 60 top female executives from around the world to learn how they rose to the top. Her aim was to uncover some lessons for the next generation, and she found that while each woman followed her own path, they had all taken charge of their careers in similar ways.

For one, these executives take the time to explore what they want out of work and life.

One byproduct of this effort is that they pay special attention to how they might fit within a company’s culture. This finding is consistent with research from HBS professor Boris Groysberg, who’s found that while the performance of male stars falters when they switch companies, women continue to excel, in part because they’ve done their homework when it comes to fit. The women in Ready’s study also understand the limits of fit. They aren’t “one of the guys” and they don’t try to be.

Another quality these women share is that they take responsibility for their choices—including the sacrifices they’re willing to make. “Male or female, there are no shortcuts to becoming a senior executive, ” Ready writes. “The hours are long. The travel is exhausting. The stress is high. Let’s face it: Most of us would rather spend our weekends with family, not at 38, 000 feet, in transit to our next meeting.” You can fight for better work-life balance when you get to the top (here’s one leader who quit business travel altogether), but you have to pay some dues along the way. The women Ready met with don’t point to a workaholic culture as a barrier. They either bite the bullet or walk out of the office at 5:00 with their heads held high. Many of those who leave early log on again once the kids are in bed, but some went onto a slower track for a few years and later ramped up. A few actually stayed on with a part-time schedule, even as senior executives.

Owning choices can require women to be vocal about their ambitions, so that other people’s preconceptions don’t get in the way. Mothers in particular may face assumptions about how much they can take on—they may be overlooked for projects that require long hours, for instance, or extra travel. One woman told Ready that she raised her hand for travel opportunities right after she came back from maternity leave. Another pointed out that nobody would presume that a male employee would need to be home at 6:00 to feed the children, but it was a notion that she had to preempt if she wanted to get her hands on a juicy assignment.

A third quality Ready observed in high-achieving women is the urge to bring other women along with them. Exceptional women leaders consider themselves stewards of the next generation. In their own journeys to the top, women’s programs or senior female role models were scarce. Now, having climbed the ranks, they are committed to helping rising female stars navigate their way. As one put it, “Senior-level women can see what’s coming. I call it being the career machete—to break down some of the barriers and prevent some of the slips and guide the person a little bit more effectively.”

This is not just a nice thing to do, Ready argues. These women view their stewardship as a way to raise their companies’ market value, by boosting the presence of women in senior roles and in boardrooms. With more women running the show, we should see more ownership of gender diversity through the ranks.