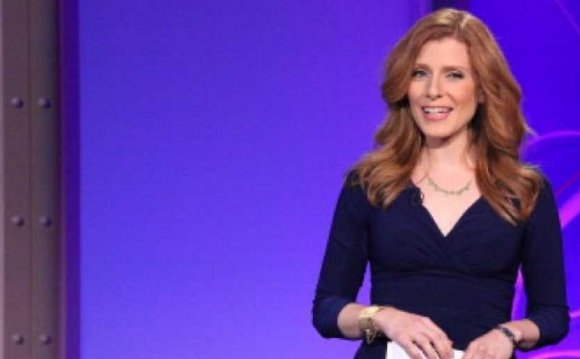 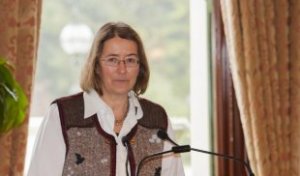 Catherine Crock is introducing music to operating theatres at hospitals across the country. The affect on patients and their families is dramatic. Supplied by Claire Stewart

Catherine Crock is a Melbourne children's cancer physician. But it's her work commissioning and curating new music compositions to help calm young patients and their families in operating theatres and waiting rooms across the country, that has won her a spot in the inaugural culture category of the The Australian Financial Review Westpac 100 Women of Influence Awards 2015.

Crock, one of more than 500 entrants this year, is working to make patient care the primary concern in the health care system, and to reduce bullying among hospital professionals. The music that HUSH produces helps do both, and is now regularly played on classical radio stations.

The 100 winners whose names have been published today have been selected in 10 categories, including board and management, social enterprise, business enterprise, public policy, innovation, diversity, young leader, global, local/regional and the new list, culture. The list was chosen by a 10 member judging panel.

Another nominee in the culture category is publisher Louise Adler, chief executive of Melbourne University Press. Adler says the ability to exert influence in public life is not easy, whether someone is in a prominent position or not. "You do it first by turning up and insisting on being heard", she says. "Rosie Batty transformed our thinking about domestic violence in one extraordinary press conference after her son's tragic death. However, for most of us impact is achieved by working with others who share our commitment." 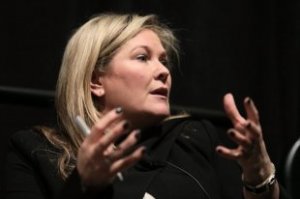 Chief executive partner of Allens Linklaters and 2015 judge, Michael Rose, said common to all applicants was their effect in helping to change the ways in which women see the opportunities ahead of them. "Equally importantly, they are changing the perceptions of men about what the future might look like within their sectors, " he said.

However, Melbourne University Business School professor and judge, Robert Wood, says he is dismayed that more of the candidates from this year's selection of women aren't occupying senior executive roles or running companies.

"Their breadth of experience, leadership and influence matches or exceeds that of most men who currently occupy those roles and are successful in them."

Gen George from OneShift says you don't have to be 40 to be the MD of a company. Sasha Woolley

He wants existing recruitment and promotion processes rethought, and says executive search teams and existing managers need to do a better job of finding these women, rather than relying on existing networks and sources.

Pip Marlow, managing director of Microsoft says she looks forward to the day when awards such as the 100 Women of Influence are not needed to prove how capable Australia's women are. 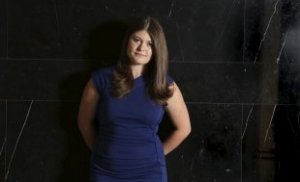 "But right now, they are a fabulous way to change perception and shine a light on the fact there is amazing talent out there. At the moment I see a real need for them."

Marlow says the IT industry still suffers from outdated stereotypes of geeks huddled over a computer screen, despite the fact there are different types of careers in technology, from artistic and creative through to research based.

Influence is not easily gained, says publisher Louise Adler. "You do it first by turning up and insisting on being heard", she says. Louie Douvis

Regretfully, she says, the stereotypes mean girls are opting out of STEM and IT at a tertiary level because they don't feel inspired by prospective careers down that path.

"You can track it back to primary school where studies show there is an unconscious bias about girls and maths… where teachers will mark girls down compared to marking for the same tests which don't identify boys or girls names".

Captain Jennifer Roberts knows what its like working in an a-typical role: she is one of a handful of female pilots in the Australian Army, and currently works in southern Afghanistan as a gender adviser and deputy future-operations planner.

She admits being in the minority can sometimes be isolating, and that the support of her female friends and family 'on the outside' has been critical.

"Many people are surprised when I tell them what I do…some people haven't even realised women were able to be pilots."

Westpac Director of Women's Markets, Diversity and Inclusion, and co-chairman of the 2015 judging panel Ainslie van Onselen said the applications this year "told many stories of women leading full and busy lives who are taking the time to mentor younger women". It ensures there is a strong pipeline of confident future leaders who feel supported and empowered, she said.

Gen George, founder of online talent and job matching website OneShift has been recognised in the Young Leaders category. She says the expectation that you need to be 40 to be a managing director of a company is changing, and ideas about youth capability are evolving.

Despite that, very few tech start-ups are being run by young women, although there are more initiatives now, to see that change, she says.

Ana Julaton at the 100 Most Influential Filipina Women in ...