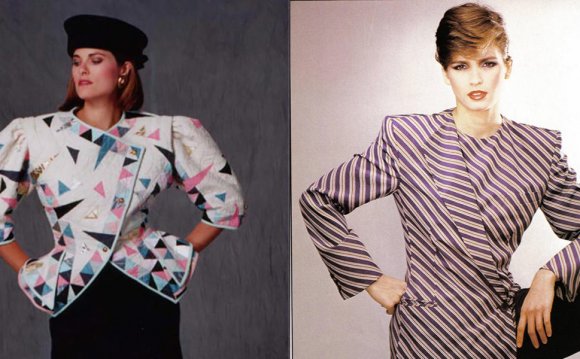 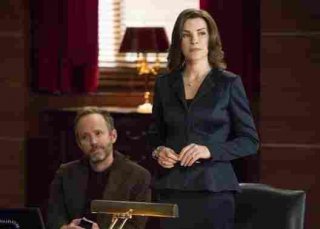 A publicity still from the movie Working Girl, which prominently featured the beloved power suit.

Remember power suits? At the same time women were entering the corporate workplace in large numbers, the power suit began to pop up. It was usually a long jacket with the kind of big, padded shoulders Joan Crawford made famous, a straight skirt and, often, a floppy silk bow tie that Little Lord Fauntleroy would have been at home in. The 1980s power suit was designed to ignore a woman's shape so it didn't hinder her mobility as she worked her way up the corporate ladder.

You don't have to be rich to look powerful and authoritative. NPR talked to two experts about how women who are short on funds can project authority:

The most important thing to remember when putting together a power look:

Aren't accessories part of the power look? What about the power handbag, like the Hermes Birkin?

Teri Agins, author of the Ask Teri column for the Wall Street Journal: The Birkin handbag starts at about $7, 400, there's always a wait list and it has incredible snob appeal among some women. But clean lines, good materials and no or very little metal work on a bag (I think metal makes a bag look cheap) will work just fine. And it doesn't always have to be black: hunter green, burgundy, navy are all good alternatives.

Lawson: I don't know anybody who can afford a Birkin. You can invest in a bag that's beautiful and elegant and will last from season to season. And you can do that for a couple hundred dollars. Then you can fill in with the trendy stuff from time to time.

What about casual offices?

Agins: If your workplace is casual, you can still stand out. Cashmere used to be only for the wealthy, but there is new cashmere out there now that's combined with angora or vicuna or even spandex that takes color beautifully and looks really expensive. Your jeans can be jeans but they should still fit. And don't forget undergarments! The right bra makes a huge difference.

You saw it on Diane Keaton in the 1987 movie Baby Boom. Keaton's corporate executive barked orders and wore pinstripes. A year later, Sigourney Weaver would adopt the look in the hit Working Girl, where she played one of the few women in a huge brokerage. (Melanie Griffith was nominated for an Oscar as her secretary, Tess, who morphed from big-haired Staten Island secretary to conservatively dressed broker when she assumed her boss's wardrobe.)

Fashion journalist Teri Agins writes the popular Ask Teri column for the Wall Street Journal, and she remembers the power suit well. She says that was "the look" when she started at the paper in 1984.

"That was during the whole reign of the floppy bow tie and the suit, " she recalls. "And that was the look most women wore in their 20s and 30s when they started in the workplace."

The elegant pantsuits of Giorgio Armani and Calvin Klein made the power suit and its knockoffs rabidly popular for several years. But as women gained a more secure foothold in executive suites, things began to change. Agins says by the '90s, women began to hang up their broad-shouldered jackets to favor the softer, more luxurious fabrics used by designers like Donna Karan.