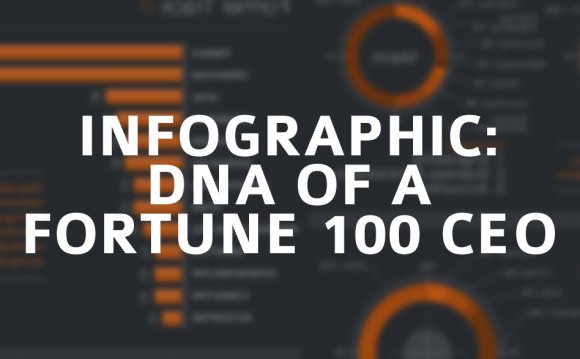 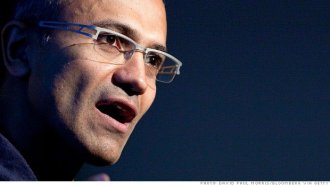 FORTUNE — Microsoft’s announcement on Tuesday that it had selected new chief executive officer Satya Nadella and new board chair John Thompson ended the company’s seven-month search for new leadership. It also marked a rare occurrence for the Fortune 500: the appointment of two minorities to executive leadership positions.

Nadella, who’s spent 22 years at the Redmond, Wash.-based company, was born in the southern Indian city of Hyderabad. Thompson, who joined Microsoft’s board in 2012 and led the search for a new chief executive, is black.

The announcement draws attention to the fact that, for all the diversity initiatives at major corporations these days, C-suites are overwhelmingly white. Of all the Fortune 500 CEOs, only 23 — or just over 4% — are minorities, a classification that includes African Americans, Asians, and Latin Americans.

Corporate boards of directors are a bit more diverse, but minorities are still underrepresented. White people made up 86.7% of total board seats, African Americans constituted 7.4%, while Hispanics/Latinos and Asians/Pacific Islanders formed 3.3% and 2.6%, respectively, according to . The percentage of women and minorities on boards has improved only slightly, inching up from 25.5% in 2010 to 26.7% in 2012.

The lack of diversity persists as you move down the corporate ladder, says Dedrick Asante-Muhammad, senior director of the NAACP Economics Department. Inequality, he says, deserves a big portion of the blame. “It doesn’t disappear just because there’s been a decrease in people’s personal prejudice, ” he says. Economic inequality shapes the racial demographics of cities and towns, which in turn dictates residents’ education and social circles. “As you concentrate wealth, you concentrate opportunity, ” Asante-Muhammad says. That matters in the business world because how far you get often hinges on who you know.

Minority statistics, of course, don’t necessarily measure diversity in every sense of the word. Educational and socioeconomic diversity often remain under the radar. Nadella, for example, is of Indian descent, but he attended the prestigious business school at the University of Chicago, and his father was a member of the elite Indian Administrative Service and previously worked for the Indian Prime Minister.

Asante-Muhammand of the NAACP doesn’t put too much weight behind this point. Race is often still an indicator of class, he says. A study by the Urban Institute, for instance, found that in 2010, white families were six times as wealthy as nonwhite families and they earned, on average, about $2 for every $1 that black and Hispanic families collected.