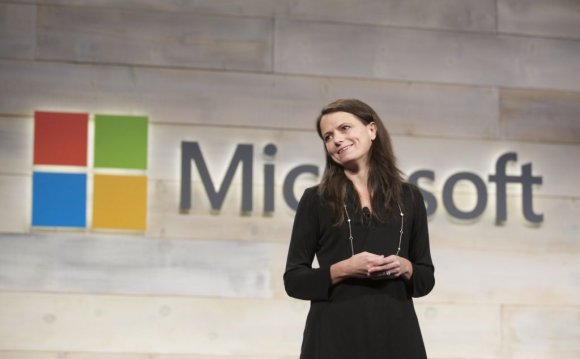 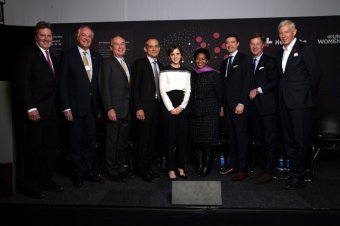 Davos—Ten of the world’s leading companies have released new workforce gender diversity figures, including details on leadership roles and board membership, in UN Women’s inaugural HeForShe Parity Report. The unprecedented disclosure was announced at the World Economic Forum in Davos, where many of the firms’ heads gathered alongside Phumzile Mlambo-Ngcuka, Under-Secretary-General and Executive Director of UN Women, and UN Women Goodwill Ambassador Emma Watson.

The Corporate Impact Champions have made gender equality an institutional priority since they signed up, and the transparency displayed in Davos will help them measure commitments and inspire action from other employers. The report figures show that a large gap remains between the representation of women in the workforce at large, and in leadership positions. Although overall representation of women averaged 39.7 per cent across the 10 firms, the proportion of senior leadership roles held by women ranged from a low of 11 per cent to a high of only 33 per cent. While this group outperforms global averages, UN Women has set parity—as part of its gender equality drive for a 50-50 Planet by 2030—as the goal and the individual company commitments reflect a variety of pathways to achieve this.

“I salute the courage of this group to reveal their equality profiles and their evident dedication to make radical change. They lay bare in specific detail what we know to be the global norm –women are chronically under-represented in leadership roles and in formal employment overall. Through their experiences, we can identify and scale solutions to transform sectors, and eventually, achieve an equal world. They are shaping what corporate leadership looks like on this issue, ” said Phumzile Mlambo-Ngcuka, Under-Secretary-General and Executive Director of UN Women.

The UN has made this type of partnership a key part of achieving its 2030 Agenda for Sustainable Development, which prioritizes gender equality as both a stand-alone goal and as an integral part of other goals. The transparency displayed in the announcement is therefore crucial for measuring progress.

Recognizing both the importance of this topic and the critical need for progress, IMPACT Champions have taken a bold stance on transparency. They have committed to periodically and publically share standard figures on gender representation.

Other findings from the report include:

Four figures were selected as a standard baseline across all 10 companies, providing both a holistic workforce view as well as a detailed examination of key roles. This analysis includes three figures that explore the current representation of women, and one leading indicator, which illustrates the direction of the company going forward. Each company shared information from their completed 2014 reporting cycle. This date provides a common starting point for all companies and shows the gender composition at the outset of IMPACT 10x10x10. Corporate IMPACT Champions are reporting gender representation across:

“I am strongly convinced that women should be free to realize their career prospects and given the same opportunities as their male peers. As the CEO of AccorHotels, I have the capacity and the duty to push further for real change.”

What It Takes for Women to Become Fortune 500 GCs