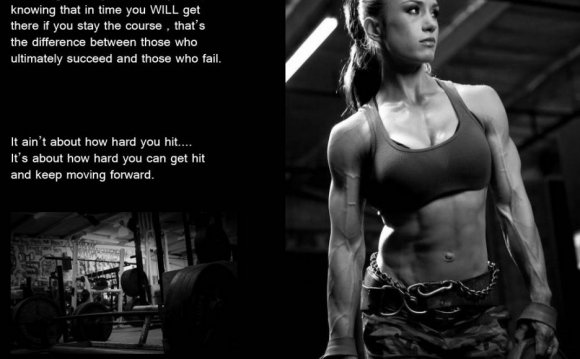 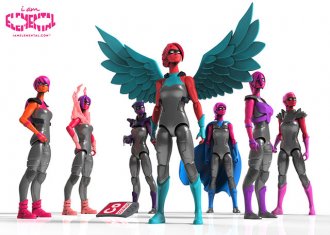 If you’ve ever handled a female action figure, you might notice that a few things feel and look a bit off. For moms Julie Kerwin and Dawn Nadeau, it was the hyper-sexualized butt-cheeks. And the humongous breasts. And the tiny, tiny waists.

"There really aren't figures in that action category designed for girls, " explains Nadeau, who formerly worked for Goldman Sachs (and, full disclosure, at Fast Company in the late 1990s). "There are female action figures, but they’re designed for the adult male collector population."

And we’re talking action figures here, not dolls. Nadeau and Kerwin noticed that there were plenty of female dolls to choose from in what they call the pink "girl ghetto" of toy stores, but hardly any four-inch-tall, plastic heroines with articulated joints. So, last fall, Nadeau and Kerwin, who met at through their kids’ jazz class, decided to strike out on their own with a line of female action figures personifying seven elements of courage: bravery, energy, honesty, industry, enthusiasm, persistence, and fear. Instead of bust sizes bigger than their heads, the $8.99 IAmElemental figures have powerful-looking quads. Nadeau and Kerwin also worked with design firm Eleventy Plex to erase canyon-like buttcracks, while giving one of the figures flames shooting out of her shoulders.

The two entrepreneurs called their Kickstarter campaign, which just wrapped, a "hypothesis" to see if demand for that kind of thing would even stick. And it did. At the end of the 30-day campaign, IAmElemental had raised 465% of its funding goal.

But it’s still a long path to chart out from here, especially in a market in which a handful of toy companies—with Mattel on top—split the majority of the multi-billion dollar market share. Barbie sales may slump, but she's still very profitable. One could argue that there's little risk involved if Mattel keeps Barbie’s basic mold and adds a change of clothes for new versions.

"We're not just thinking about it now in terms of profitability; we're thinking concept philosophy, " Kerwin says. "We have a different business ethos than Mattel and Hasbro do that allows us to think a little bit outside the box."

Working as industry outsiders, Nadeau and Kerwin find themselves joining forces with other small, conceptual toy makers to elbow their way in. The makers of Roominate, the girl-motivated engineering toy, for example, gave the IAmElemental founders their Chinese manufacturing hook-up.

Still, Kerwin and Nadeau stress that the concept wasn’t to create an anti-Barbie—a perennial campaign that crops up every few years, to mixed success. Instead, they feel that if their kids—both boys and girls between the ages of six and 16—are going to play with action figures, there should be cool ones representing women, too.

"Play is powerful. And the toys you play with impact the story you tell, " Nadeau says. "I think there's room out there to hopefully uncouple these more adult messages about beauty and sexuality and give back some of the power that exists. We're not anti-doll or anti-princess; we just want to let girls take ownership of these powerful, active storylines."