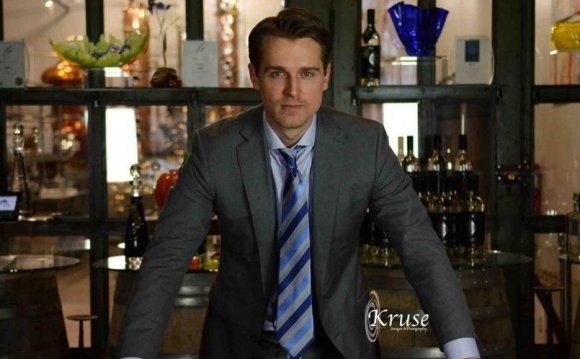 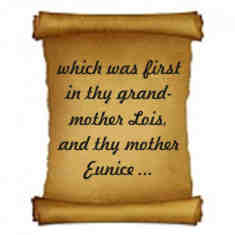 Hannah was barren. She wanted a son but God had not granted her one. She begged the Lord for a child. In return she promised to dedicate this young man to God’s service. Her son was born and she followed through on her promise. She took the child to Eli the priest and left him to be raised in the Temple. She continued to have influence over the boy’s life through the years.

Her son grew up to be Samuel—one of the most influential and godly men in the Bible.

Abigail was the wife of a wicked and self-centered man named Nabal. David (who had been anointed king, but had not yet taken office) sent servants to kindly ask Nabal to show hospitality to him and his servants. David’s servants had been companions and protectors of Nabal’s shepherds. Nabal’s response was that David was lazy and presumptuous. David, who was traveling with his men after the burial of Samuel, was angered at Nabal’s reply. David prepared his men for a fight.

Abigail heard what transpired between Nabal and the servants of David. She loaded up a feast and went to meet David along the way. She had hoped that her actions would calm David so that he would spare her family from death. David agreed to spare the family for Abigail’s sake.

Nabal, thinking himself to be someone special because he told David to take a hike, threw a big party for himself. He was drunk and unable to protect himself. The next morning Abigail told Nabal that she had taken an offering to David and by doing so turned back the king and his 400 soldiers. Nabal was shocked to learn that his whole household could have been destroyed. So shocked, in fact, that the Bible says his heart died within him and he became as stone. Within 10 days he was dead.

When David heard the news that Nabal was dead he sent for Abigail to become his wife. David saw within her a virtue of honesty and desire to protect her family.

In the, Esther was a Jewish woman who was selected by the Persian King Ahasuerus to be his wife. He had banished his former wife and chose Esther through a contest. However, the king did not know she was a Jew.

When the king’s right-hand man, Haman, devised a plan to kill the Jews, Ether’s uncle Mordecai found out. He went to Esther and asked her to go before the king and ask that the family of Israel be spared. Though Esther was the queen she did not have the right to lay her case before the king without an invitation. King Ahasuerus had not called for her presence in over a month. She knew that going before him uninvited could mean death.

Mordecai convinced Esther that she may have been brought to the position she was in by God for the purpose of saving her own people. She agreed to go before the king without an invitation even if it meant death.

By inviting the king and wicked Haman to her house for a meal Esther planned a way to tell the king of Haman’s plot to destroy her family. She won the king’s favor and invited he and Haman to her house the next day. Between the two meals Haman grew more angry with Mordecai and the Jews. When Esther revealed to the king that Haman planned to kill her family the king had Haman hung on the gallows that were built for Modecai.

The Bible does not tell us much about Lois and Eunice, but what little it says speaks volumes for their character. One verse, 2 Timothy 1:5 says: (Speaking about why Paul gives thanks to God for Timothy) “When I call to remembrance the unfeigned faith that is in thee, which dwelt first in thy grandmother Lois, and thy mother Eunice; and I am persuaded that in thee also.”

Paul was telling Timothy that he was thankful for the young man and that he saw great character in who Timothy would become. The book talks often about the things Timothy had been taught, or the things he had learned. Certainly Paul was talking about the things that Timothy learned from Paul, but it can also be assumed that Timothy’s grandmother Lois and mother Eunice taught Timothy many things about the Bible as they seemed to be diligent students of God’s Word as well.