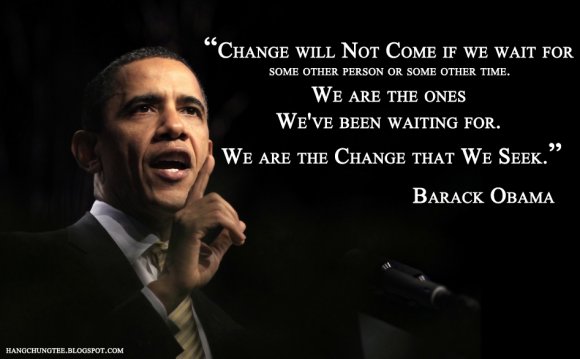 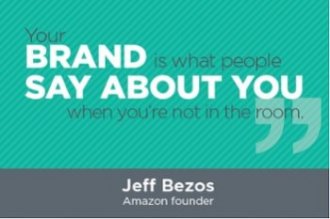 The popular sitcom “How I Met Your Mother” not-so-subtly poked fun at this by having Barney Stinson, the chauvinistic womanizing, suit-wearing opportunist played by Neal Patrick Harris, cover his office with posters of handshakes, action sports and penguins illustrating themes like courage, teamwork and conformity.

Whether or not this corporate caricature jives with your particular brand of humor, we shouldn’t be so quick to laugh it off.

If Barney’s walls could talk, they’d be sharing the words of Henry Ford, Winston Churchill and other legen-wait for it-dary leaders that today’s managers and decision-makers still look to for advice. And, for business leaders, learning from those who came before you is one of the early keys to success.

With that in mind, we asked workplace experts Dorie Clark, marketing strategy consultant and author of the book Reinventing You and Terrence Seamon, executive coach and author of Change for the Better to help us compile a collection of inspirational quotes that every business leader should memorize – if not hang on their walls.

2. & 3. On a Leader’s Responsibility
“The first responsibility of a leader is to define reality. The last is to say thank you. In between, the leader is a servant.” — Max De Pree, the former CEO of Herman Miller, an office furniture company, and author of Leadership Is an Art.

“My job is not to be easy on people. My job is to take these great people we have and to push them and make them even better.” – Steve Jobs

4. On the Role of Emotion in Management
“Doing emotional due diligence is just as important as doing financial due diligence. It is actually people that make money and lose money, not Excel spreadsheets.” — Halla Tomasdottir, entrepreneur and the co-founder of Audur Capital, a financial services and private equity company that helped Iceland rebuild its economy after the collapse of 2008.

5. On Change
“Change before you have to.” — Jack Welch, former chairman and CEO of General Electric.

6. On Management Techniques
“Don’t persuade, defend or interrupt. Be curious, be conversational, be real. And listen.” — Elizabeth Lesser, author and the founder of the Omega Institute.

7. On Objectives
“Management by objectives works if you first think through your objectives. Ninety percent of the time you haven’t.” — Peter Drucker, a management consultant and namesake of the Drucker Institute, who was instrumental in creating the modern concept of a corporation before his death in 2005.

8. On Vision
“The greatest leaders mobilize others by coalescing people around a shared vision.” — Ken Blanchard, management consultant and author of The One Minute Manager.

9. On Branding
“Your brand is what people say about you when you’re not in the room.” – Amazon Founder Jeff Bezos

10. On Hiring
"When hiring key employees, there are only two qualities to look for: Judgment and taste. Almost everything else can be bought by the yard." — John W. Gardner, the Secretary of Health, Education, and Welfare under President Lyndon B. Johnson and author of the now-famous tract, On Leadership.

11 & 12. On the Creation of Leaders
“Leaders aren’t born, they are made. And they are made just like anything else, through hard work. And that’s the price we’ll have to pay to achieve that goal, or any goal.” — Vince Lombardi, legendary coach who led the Green Bay Packers to five titles during the 1960s.

“There’s a difference between being a leader and being a boss. Both are based on authority. A boss demands blind obedience; a leader earns his authority through understanding and trust.” – Klaus Balkenhol, German equestrian, Olympic champion in dressage and former coach of the US Olympic team.

12., 13. & 14. On Leadership
“Leadership is the capacity to translate vision into reality.” — Warren Bennis, organizational consultant, scholar and author known as one of the founders of modern Leadership studies.

“No man will make a great leader who wants to do it all himself, or to get all the credit for doing it.” – Andrew Carnegie

15. On Failure
“I’ve missed more than 9, 000 shots in my career. I’ve lost almost 300 games. Twenty-six times I’ve been trusted to take the game-winning shot and missed. I’ve failed over and over and over again in my life. And that is why I succeed.” – Michael Jordan