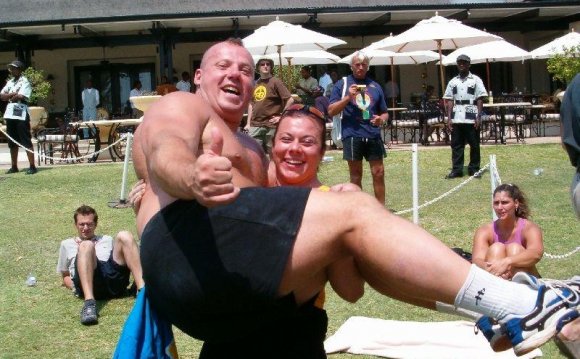 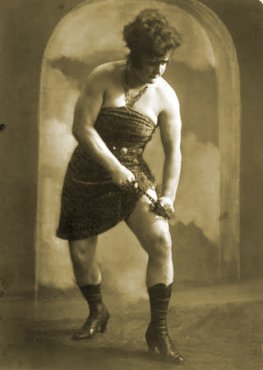 The topic of iron-strong women has been covered previously here, with the beguiling Charmion and the mighty Minerva being featured formerly. However one name that should never be omitted from the records of curious history is Sandwina, a woman who at her peak was perhaps the most physically powerful person walking the planet earth.

Kate’s natural strength came from her lineage and physical proportions. In adolescence Kate stood just over six feet tall and weighed 187 pounds. She honed her natural abilities through intensive exercise and in her heyday was known for her bulging 17 inch biceps and 26 ½ inch thighs. Kate initially displayed her muscular girth to the paying patrons of the circuses her father contracted with. She was initially a wrestler of men and famously offered 100 marks to any man who could best her. According to legend, she never lost her bet and even gained a husband after soundly thrashing a young man by the name of Max Heymann. Heymann thought tussling with a woman would be a rather delightful way to earn 100 marks. But by his own account he recalled only entering the ring, a blue sky and being carried away from the ring by Kate like a prize. The couple remained married for 52 years.

Kate appeared on the world stage quite suddenly while visiting New York. In a promotional stunt and after boasting of her strength, Kate made an open challenge daring anyone to lift more weight than she. To her surprise, and to the surprise of those assembled, none other than the father of powerlifing and bodybuilding Eugene Sandow took Kate up on her challenge.