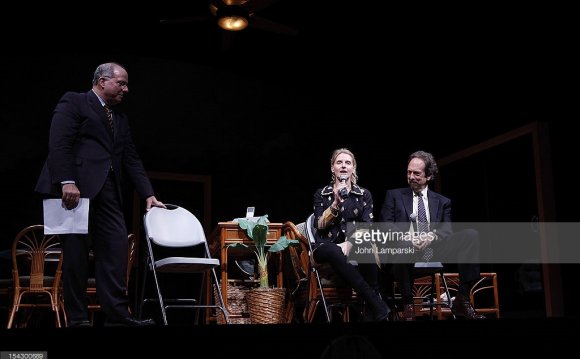 NEW YORK (AP)  Harry Bernstein, whose acclaimed memoir of an English childhood haunted by anti-Semitism — "The Invisible Wall" — was published when he was 96, has died at 101.

Bernstein had written 40 other books but destroyed most of the manuscripts after they were rejected by publishers. His eventual success quickly became an inspiration for other struggling authors, and in 2008 — at age 98 — he was awarded a Guggenheim Fellowship to pursue his writing.

In "The Invisible Wall, " Bernstein wrote about his bleak childhood in an English mill town, with Christians and Jews co-existing uneasily. For eight years he served as a messenger between his sister and the Christian youth she was dating, who lived across the street from their house in Stockport, near Manchester. The two had to keep their love secret because of religious prejudice.

His second book, "The Dream, " came out in 2008 and centers on the family's move to Chicago and his teenage years in New York during the Great Depression.

Bernstein earned a living as an MGM movie script reader and as editor of a construction trade magazine. Along the way he wrote 40 other works that he destroyed after failing to publish them; a few manuscripts have survived.

It wasn't until he was 93, grieving his wife of seven decades, that he produced his first published works. He wrote alone at night, with the memories of his rough childhood spent battling an alcoholic father and anti-Semitism.

For years, Bernstein lived in Brick, N.J., near the Atlantic shore, but he was staying at his daughter's home recently.

"When you get into your 90s like I am, there's nowhere else to think except the past. There's no future to think about. There's very little present, " Bernstein told the AP in 2007, when "The Invisible Wall" was published.

After her death, "it all came back, " he said. "So I began to write, and I was occupied, and it was really the best therapy I could have had."

"I think he's a most fantastic writer, " Elton said in 2007. "He creates the characters of his family so vividly and tells such a moving story."

The book's title refers to the psychological barrier that divided Bernstein's side of the street — the Jewish side — from the Christian side in Stockport. Everyone was poor, eking out a living in the mills.

He recalls a childhood often spent running from Christian kids intent on beating him up and neighbors standing in the street yelling, "Who killed Christ? Bloody Jews!"

The bias went both ways. Bernstein said that when his family walked by a church, they would spit to show their contempt.

"The first 25 years of my life were very sad, " Bernstein said. "But the years that followed made up for it, after I got married. They were wonderful years."

His 90s "have been the most productive years of my life, " Bernstein was quoted as saying in Frankel's book, titled "What Should I Do with the Rest of My Life?: True Stories of Finding Success, Passion, and New Meaning in the Second Half of Life."