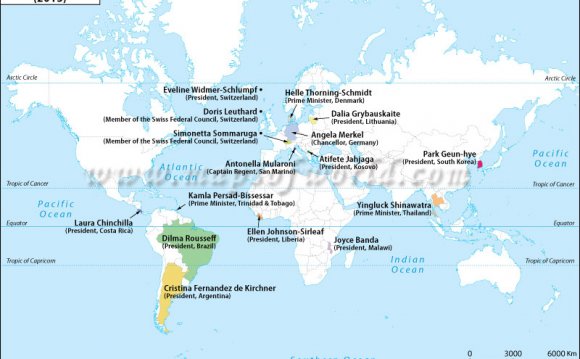 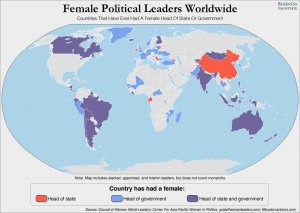 Though the United States has yet to elect a female president, dozens of countries around the world have had female political leaders for decades now.

With the election of Sirimavo Bandaranaike in 1960, Sri Lanka became the first country in the history of the modern world to elect a female head of government. It took another 20 years before the Western world saw its first female prime minster with the United Kingdom's Margaret Thatcher.

Worldwide, the advance of women into positions of authority has not corresponded evenly with their economic or political emancipation. China has had a female head of state, Soong Ching-ling, yet it still enforces a brutally sex-selective one-child policy.

Spain has passed "equality laws" mandating that political parties include 40-60 percent of each sex among electoral candidates, and yet it has not had a woman lead its government in the modern era.

South America, long derided for the culture of machismo, has outpaced all other regions of the world in the number of women who have led entire nations. The facts embody the contradictions everywhere.

Since the 1880s, over 100 women have secured their parties' nomination for president or vice president. But only twice in U.S. history has a women appeared on the ballot for a major party and both times for vice president: Geraldine Ferraro in 1984 for the Democratic party and Sarah Palin in 2008 for the Republican party.