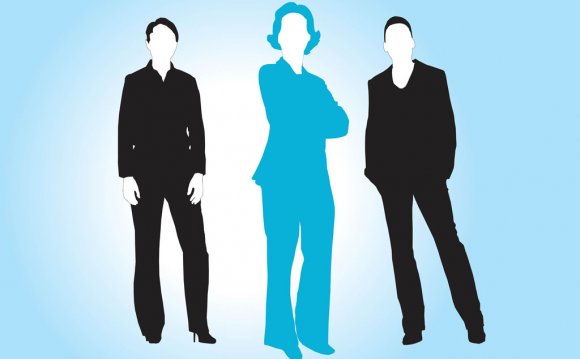 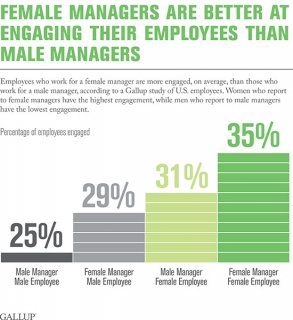 Let women lead, let them talk, and get them engaged, and they will naturally engage others.

This article is featured in "Women and the Workplace, " a weeklong series exploring a variety of issues affecting modern working women.

I know that I rule the roost at my home, so I wasn't surprised to find that women make up more than 70% of all consumer purchasing decisions worldwide. But even I found this statistic shocking: The global female consumer market is worth about 12.45 trillion pounds ($20 trillion) - bigger than the consumer markets of China and India combined. Yet here in the United Kingdom, women only make up 20.7% of Financial Times Stock Exchange (FTSE) 100 boards members, and only five FTSE 100 companies are led by female CEOs.

This seems like a monumental mistake. When you're playing to a 12.45 trillion-pound market, employing women in leadership roles who understand female consumers' needs is no longer just a nice thing to do to - it's essential.

The value of having women leaders, however, is not just about understanding women's needs. We know that women process information and make purchasing decisions differently than men do, but companies that understand all of their employees' needs - men and women - are more likely to win and retain top talent. This is becoming increasingly important as many large economies face talent shortages.

The stark reality is that only 14% of U.K. employees are engaged - 16% of women and 12% of men. So only a fraction of the U.K. workforce is emotionally invested in and focused on creating value for their companies every day. There is a lot that companies can do to improve engagement, but one of the key things to do is to focus on gender balance.

Right now, only one in three U.K. managers are women, but Gallup found in a U.S. study that women tend to be better at engaging employees than men are. My own assertion here is that many female managers naturally tune in to employees' emotional needs in the workplace, providing workers with the fuel they need to expend discretionary effort in pursuit of the organization's goals. This ability enhances the working environment for women managers and their teams.

As someone who has spent the past decade working with executive teams to help them understand how to increase their people's and organization's engagement to improve business performance, I've seen this play out in real life. In fact, a few months ago, I ran two executive team sessions for different organizations in the same week, but with very different outcomes. 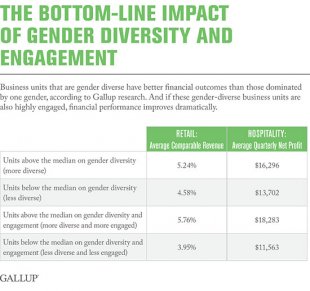 There were many parallels between these two sessions: both were executive teams in the bottom quartile of Gallup's engagement metric. In both cases, the leader had asked for our help in facilitating a team session to expose the underlying issues that were causing disengagement. So far, so similar.

But in one session, team members couldn't bring themselves to talk about what caused their disengagement. These powerful and well-paid executives denied they had any issues with their own engagement levels and expressed complete surprise at their team's poor results, proclaiming that their leader was the best they could hope for.

The other session, however, involved four hours of rich discussion exposing the weaknesses, intramural competitiveness, and misalignment within the team. The leader showed vulnerability and took responsibility for the role that he had played in allowing the team to reach this state. We left the room with a few downsized egos and a clear way forward.

There was a key difference between these sessions: The latter had one bold and courageous female executive member who put her head above the parapet to share why things weren't working, which opened the gates for real dialogue - everything was brought out for discussion. I know which team I'm betting on to change and thrive.

That's just one illustration of the value of diversity, but such examples are plentiful. Gallup found in a U.S. study that gender-diverse business units have better financial outcomes than those dominated by one gender. And if those gender-balanced teams are also highly engaged, financial performance improves dramatically. I believe this is because in gender-diverse workgroups, men and women bring different viewpoints, diversity in creativity and innovation, varied market insights, and a broader repertoire of skills that enable superior problem-solving and decision-making.

As a businesswoman of Indian descent living in the U.K., I've partnered tirelessly with my own internal teams to focus on how our diversity brings strength rather than division. In my role as a consultant, I've worked with several teams in a global manufacturing company that has been experiencing significant changes.

In that company, I've seen firsthand how a highly talented manager has had a profoundly negative effect on an already disengaged and confused team. Why? The manager's cultural background was different from the team's, and the team's unmet need for sameness and security - a symptom of its disengagement - has made it difficult for the manager to succeed and for the team to be productive.

ANNpower: Giving Women the Tools to Be Good Leaders