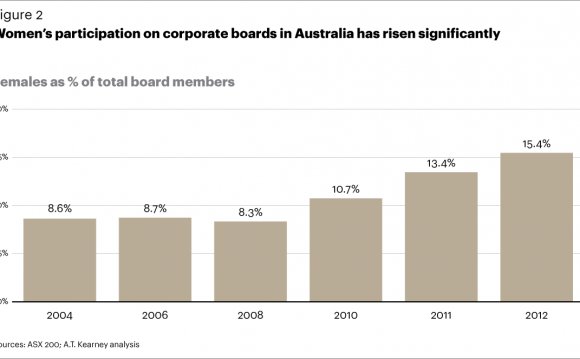 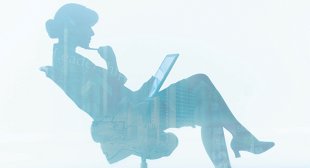 Women hold 52 percent of all professional-level jobs, yet there are proportionately far fewer women in C-Suite positions (CEOs, CFOs and COOs, etc.). The reasons for this difference are often fiercely – and passionately – debated. Does this scenario stem from the remnants of the United States’ past, when women were once denied even the right to vote and faced other gender-based hurdles? Are male leaders short-changing women at this time? Do some women lack access to top-tier networks, which have historically been male dominated?

Nonpareil female executives interviewed by New Jersey Business magazine sometimes have deeply held – and rather personal – beliefs regarding why there is a lack of women in the C-Suite, and why there are not as many women serving on corporate boards, when compared to men.

The answer is not definitive.

At one end of the spectrum, one interviewee firmly states, “I have been in business for over 30 years, and I actually have not felt a sense of discrimination for women in the United States.” Yet, another interviewee opines, “My biggest challenge was that I was viewed differently, because I was a woman. And there were very few women who were principles or partners, at that time.”

Change is in the Air

Providing one bird’s-eye view is Caren S. Franzini, president of Franzini Consulting, LLC, a firm which provides strategic assistance with real estate development projects; identifies local, state and federal incentives to fill funding gaps; and assists economic development organizations with their development and review of programs and projects. Franzini prominently served as the CEO of the New Jersey Economic Development Authority (NJEDA), from January 1994 until October 2012.

Regarding why there are few women on corporate boards, for example, she says, “I wonder that sometimes myself. I think one of the main reasons is timing. Now is the time for there to be more women on boards. When I started in business school in 1982, there were very few women in business school. And if you even go back another 10 years before that – in the early 1970s – there were very, very few women in business, in legal professions and in finance, which are a lot of the qualifications you need to be on a corporate board. In my generation of women, who are women now in their mid- to late-50s and early 60s, we are some of the first women in business, finance and legal, and now have the experience.”

Franzini adds, “You almost need 30 years of experience to be on a board. Because on a board, you want to have the business acumen, the business experience, to really be able to give advice and to have lived through running a company, or being in the C-Suite of a business. So, now we finally see a lot more women in the C-Suite than we did even 10 years ago. I think we are now catching up, and I am hearing even from men who approach me say, ‘Do you know women who can be on our board? I really need someone who is a CPA, who has 25 years of experience and who has these qualifications.’”

Franzini says, “My hope is now that we have more women in senior positions in companies, we will start to see more women on boards. And once you have one woman who has her network of women, she will tend to recommend other strong women to join her on the board.”

At a Personal Level

Speaking about the corporate world and advice for navigating it, she says, “For me, being a woman, and also being an African-American woman, I certainly sometimes feel the burden when I walk into the room, that somehow, in someone’s mind, there is a question about: ‘Does she belong here?’ The reinforcement of whether or not I belong there; I have got to get grounded in that, because when I walk in the room, sometimes others are asking the same thing.

“One of the things that I learned early on – and I would also say I learned later in my career – was the tremendous pressure that you can put on yourself, to feel that everything you do actually has some impact on women in general, and African-Americans, in general.

“You really do have to get to a point that when you walk in the room, you walk in the room as Brenda. I have to be responsible for the excellence that Brenda brings to the table, and recognize that I can’t carry the burden that I can’t make any mistakes. Not making mistakes, and revealing that you do make mistakes, then limits your own growth, and your ability to share with your team the power of making a mistake and improving upon it.”

Michele N. Siekerka, Esq. is the eleventh president of the New Jersey Business & Industry Association, having previously served as Deputy Commissioner at the New Jersey Department of Environmental Protection. Recalling her own career, in a somewhat similar vein, she says it was important, “to not be intimidated, and to trust in my abilities.”

She explains, “When I was a young lawyer, I would walk in on a motion Friday, and there were all the men in the dark suits, and there was me. I had to take a breath and trust that my abilities afforded me to be there, so I couldn’t be intimidated by the surroundings. I think that convincing myself that it was okay to be proactive, and to ask for opportunities [was important]. That is not an easy thing to do. But, again, when you trust in your own abilities and you build your confidence, that allows you to be very comfortable in being proactive about asking for opportunities.”

Candace L. Straight, an independent director of corporations and film producer, recalls a time in her career when she was not immediately promoted, but her company realized its error, and soon did promote her.

She says, “You do have to speak up for yourself, but [also] understand the politics of it. And if I had talked to [that] boss about not getting that promotion, and he had told me, ‘Candy, this is just the way we do things …, ’ I probably should have left. But, when I talked to him, he instead said, ‘Candy, we probably made a mistake.’ So, there are times when you have to pack up your bags and leave, and other times when you have to promote yourself and tell them that you have thought: ‘I love being here, but I think I was the best qualified.’”

Erin M. Hamrick, founding partner, Sterling James, LLC, has 18 years of experience as an executive search consultant. Prior to co-founding Sterling James in 2014, she served as a partner with the insurance practices of both Heidrick & Struggles and Spencer Stuart. During this time, she also took a year sabbatical to work for the US Department of Defense, supporting reconstruction efforts in Iraq.

Women in Leadership in Nonprofits and Corporate Philanthropy