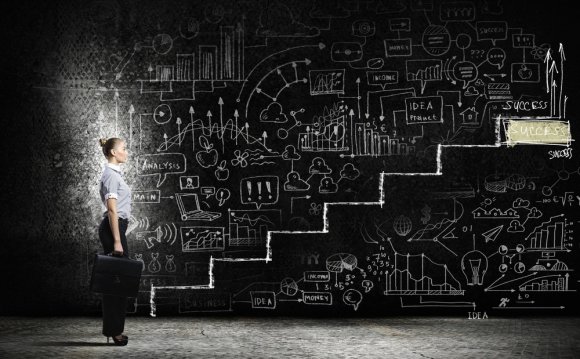 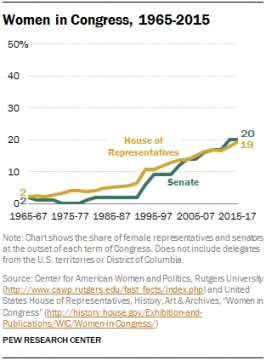 A total of 299 women have served as U.S. representatives or senators since 1917, when of Montana was elected as the first woman to serve in Congress. And this month, a record 104 women were sworn in as members of the 114th Congress. Yet, while the share of women serving in Congress has risen steadily for more than two decades, women remain heavily outnumbered in both the House and the Senate.

Women have also made inroads into the top leadership positions in corporate America, but the progress has been much slower in that realm. 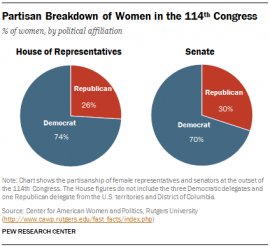 This section presents statistics and trends on women in a variety of leadership roles. It also includes data on women’s educational attainment, labor force participation and representation in various professional fields.

The results of the 2014 midterm election marked an important milestone in the history of the U.S. Congress. 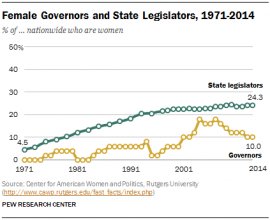 For the first time, more than 100 women will be serving in Congress: 20 in the Senate (20% of all senators) and a record 84 women in the House of Representatives (19% of all House members).

The number of women serving in Congress has increased significantly since the early 1990s, when there were two female senators and 25 female representatives in the 101st Congress (1989-1991).

A large majority of the women serving in Congress today are members of the Democratic Party. In the 114th Congress, 70% of female senators and 74% of female representatives are Democrats. However, this hasn’t always been the case. 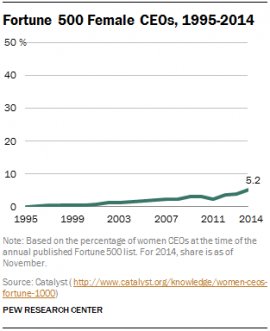