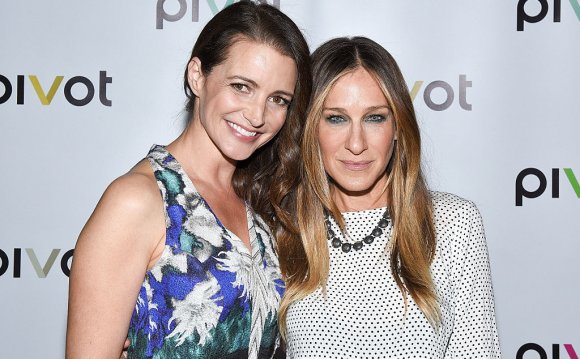 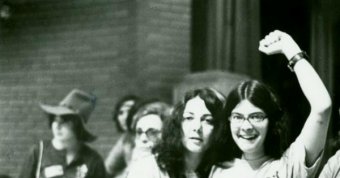 "Then if he’s sore with me, let him dump my ass. That will just give me more time to be a genius.” —Sheila Heti,

"One is not born, but rather becomes, a woman." —Simone de Beauvoir,

“If any female feels she need anything beyond herself to legitimate and validate her existence, she is already giving away her power to be self-defining, her agency.” —bell hooks,

"We don't all have to believe in the same feminism. Feminism can be pluralistic so long as we respect the different feminisms we carry with us, so long as we give enough of a damn to try to minimize the fractures among us. Feminism will better succeed with collective effort, but feminist success can also rise out of personal conduct." —Roxane Gay,

“To love women, to love our vaginas, to know them and touch them and be familiar with who we are and what we need. To satisfy ourselves, to teach our lovers to satisfy us, to be present in our vaginas, to speak of them out loud, to speak of their hunger and pain and loneliness and humor, to make them visible so they cannot be ravaged in the dark without great consequence, so that our center, our point, our motor, our dream, is no longer detached, mutilated, numb, broken, invisible, or ashamed.” —Eve Ensler,

"Women have been called queens a long time, but the kingdom given them isn't worth ruling." —Louisa May Alcott,

“I myself have never been able to find out precisely what feminism is: I only know that people call me a feminist whenever I express sentiments that differentiate me from a doormat, or a prostitute.” ―Rebecca West,

“The only way for a woman, as for a man, to find herself, to know herself as a person, is by creative work of her own.” ―Betty Friedan,

“I will have my voice: Indian, Spanish, white. I will have my serpent’s tongue — my woman’s voice, my sexual voice, my poet’s voice. I will overcome the tradition of silence.” —Gloria E. Anzaldúa,

“When, however, one reads of a witch being ducked, of a woman possessed by devils, of a wise woman selling herbs, or even of a very remarkable man who had a mother, then I think we are on the track of a lost novelist, a suppressed poet, of some mute and inglorious Jane Austen, some Emily Bronte who dashed her brains out on the moor or mopped and mowed about the highways crazed with the torture that her gift had put her to. Indeed, I would venture to guess that Anon, who wrote so many poems without signing them, was often a woman.” ―Virginia Woolf,

“Some people ask: “Why the word feminist? Why not just say you are a believer in human rights, or something like that?” Because that would be dishonest. Feminism is, of course, part of human rights in general—but to choose to use the vague expression human rights is to deny the specific and particular problem of gender. It would be a way of pretending that it was not women who have, for centuries, been excluded. It would be a way of denying that the problem of gender targets women.” —Chimamanda Ngozi Adichie,

"Now you understand
Just why my head’s not bowed.
I don’t shout or jump about
Or have to talk real loud.
When you see me passing
It ought to make you proud.
I say,
It’s in the click of my heels,
The bend of my hair,
the palm of my hand,
The need of my care,
‘Cause I’m a woman
Phenomenally.

Inspirational quotes by famous people about life and ...

Famous Quotes, The Way A Woman Would Have To Say Them ...

10 jealousy quotes by famous people_Quotes|sayings about ...