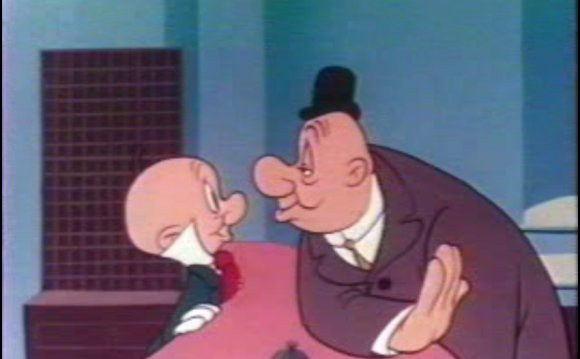 Steve Castle (also known as That Guy) was a slick businessman who cryogenically froze himself during the 1980s because he suffered from Boneitis, a deadly disease. When he was awoken around a thousand years later, he quickly became the chief executive officer of Planet Express. By applying his 1980s Wall Street style to the company, he was able to grow it large enough to appear to be a threat to the dominant company in the delivery industry, Mom's Friendly Delivery Company (MomCorp). Steve negotiated a merger with Mom, but died from boneitis before being able to close the deal. He was apparently too busy being a "go-go 80s business man" to remember to find a cure.

Steve experiencing the onset of boneitis