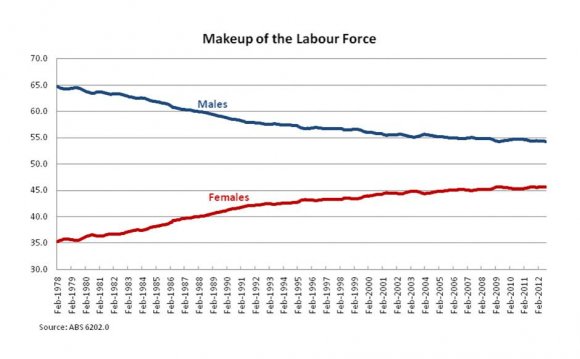 After the turmoil of the 1960s and 1970s, many Americans looked forward to the 1980s as a time of optimism and inspiration. The Vietnam War was behind us, as was the Watergate Conspiracy and the resignation of Richard Nixon, and most people wanted leaders that inspired them and whom they could admire. Consequently, in the fall of 1980 the voters of the United States elected former movie star, Ronald Reagan, as President. Reagan epitomized the sentiments of many Americans with his conservative fiscal ideas and his strong stance against communism, which eventually lead to the dismantling of the Berlin Wall.

Influential Women in the 1980s

Throughout the United States, however, there was another war going on ... The War on Drugs. In a major change in society, drugs were no longer just the domain of college students and former Vietnam War veterans. They were now a serious problem at all levels of society. Cocaine had become popular with celebrities, while a cheaper version of it, called crack, was turning our cities into battle zones, much like during the 1930s and the days of Prohibition. First Lady Nancy Reagan, with the support of her husband, promoted the "Just Say No" anti-drug program, with marginal success.

Women were beginning to be influential in their own right, not just as extensions of their husbands' power and prestige. Reagan's counterpart in Great Britain, Margaret Thatcher, continued to wield power that extended throughout the world. She was the first female leader of a western country, and served as a role model for young women everywhere. Because of her strong leadership and opposition to communism, she earned the nickname "The Iron Lady."

Education and Careers for Women in the 1980s

Educational opportunities for young women continued to expand. By 1984, 49% of undergraduate college degrees were being awarded to women. Also, by the mid-1980s women were earning 49% of all master's degrees and about 33% of all doctoral degrees. However, as in the past, only a few women were working in the fields of physical sciences, engineering, agriculture and law. Although our nation was beginning to make strides in this area, in 1989 the proportion of women engineers was still only 7.5%. As in the past, most of the women who received a college education majored in the fields of education, social service, home economics, nursing and library science. Throughout American society, the majority of women who worked continued to be employed in traditional female occupations such as clerical positions, factory work, retail sales, service jobs, secretaries, bookkeepers, typists, waitresses, cooks, hospital attendants, cleaning women and hairdressers. Very few women were in decision-making jobs. In 1988, women were paid about 32% less than men. This was, in fact, progress from 1970 when women only earned about 49% of what men did. Unfortunately, there was still a wide gap.

However, although women still lagged behind men in many fields, feminism was not completely dead. Women had been able to vote since 1920, but it was in 1984 that a major party chose a woman candidate to run for vice-president, Geraldine Ferraro of New York. Other women began to be visible in American politics, as well. In 1981, Reagan appointed Sandra Day O'Connor (pictured below) to be the first woman on the U.S. Supreme Court and Jeanne Kirkpatrick was named ambassador to the United Nations. 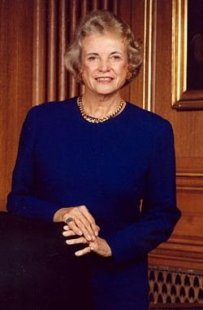 (To read more about the history of women, use this quick link to Amazon books.)

Social Changes in the 1980s

Another way the feminist movement revealed itself was in the way some women began to call themselves Ms., rather than Mrs. or Miss. They enjoyed using this particular form of address as a way of disassociating themselves from their marital status. Some women also began to keep their maiden names after they married. As women were entering the work force in ever greater numbers, they often appreciated the fact that using Ms. Smith (their maiden name) while at work also preserved their privacy when they were at home with the family.

There were other ways that American society changed from the 1970s to the 1980s. Consumers became more sophisticated. Gone were the bell-bottomed jeans and tie-dyed shirts that many women had worn in their younger days. Instead, with the election of a glamorous President and lovely First Lady, many people began to shop for European cars and designer clothing. Homes became larger. Many families in the United States enjoyed a high standard of living, and there was a tendency to show off their success through their homes, cars and designer clothing.

Music, Movies and Television in the 1980s

Music in the 1980s seemed to be split into two drastically different genres. New Wave and Synthpop music became popular with the easy listening crowd, while hard rock and heavy metal began to dominate the musical tastes of the young. There were many other popular musical styles as well. Michael Jackson reached the summit of his success during the 1980s, when his "Thriller" album becoming the best-selling album of all time. Madonna was the most ground breaking female artist of the 1980s, and she also had an impact on women's attitudes and fashions.

More of the major films of the 1980s had women playing the leading roles, including "Terms of Endearment, " "Out of Africa, " and "Driving Miss Daisy." However, most major motion pictures continued to have male heroes. On television, we also began to see a few more women playing the lead, including on the shows, "Murder, She Wrote, " "Roseanne, " and "The Golden Girls." Marking another milestone, all these leading ladies were of a more "mature" age, rather than young sex symbols. They were also strong, independent, capable and out-spoken women. Women no longer felt as though they needed to be portrayed as cute, young sex symbols, as they had been on "Charlie's Angels, " one of the more popular television shows in the 1970's. Instead, women could be overweight, middle aged, or even elderly, and still be able to keep the attention of the typical American television viewer. In television, as well as other areas of American society, women were beginning to make visible strides.

As a mother of young children during the 1980s, my teen years and young adult years during the 1960s and 1970s seemed to have existed in another lifetime. Like many young women who had grown up during those eras, I was now busy with my home and family life, concerned with fashion and consumer goods.

(Sources of dates and other factual information: Wikipedia and the Women's International Center)

If you are interested in reading other historical information, you may also want to read:

Learn more about the women who have stood up for the rights of all women ... and changed the world.

100 Years of Beauty in America

Never Age: Hot Women From The 1980s Who Still Got It Going On