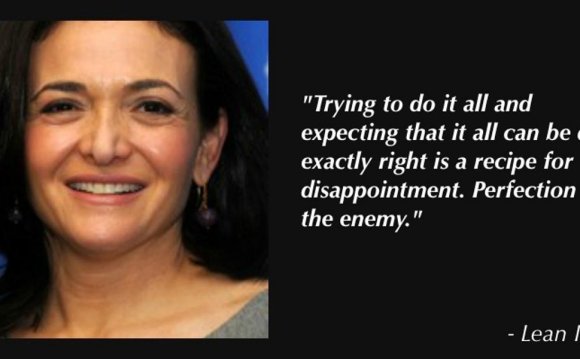 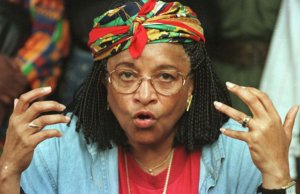 Starting and running a business, nonprofit, or working towards being in a position of leadership can be frustrating and onerous over time. We usually start out excited, ready to take on the next challenge of actualizing a vision, only to lose that spark over time. Besides getting external moral support, an important factor is learning how to constantly motivate yourself. If you’re finding it difficult to stay inspired and keep the vision alive, you are not alone!

Read the following advice from these women that have made or are making waves in various fields of leadership that also understand your plight.

1. “The size of your dreams must always exceed your current capacity to achieve them. If your dreams do not scare you, they are not big enough”- Ellen Johnson Sirleaf.

Sirleaf is the current president of Liberia and the first female head of state in Africa. After being forced into exile during the 1980 military coup, she returned to speak against the regime, then later contested for the presidency in 2005. In 2011, she was part of trio of women awarded a Nobel Peace Prize for her work with women’s safety and rights.

2. “Take criticism seriously, but not personally. If there is truth or merit in the criticism, try to learn from it. Otherwise, let it roll right off you” – Hillary Clinton.

Clinton served as the 67th U.S. secretary of state in from 2009- 2013. She is the leading Democratic Presidential nominee for the upcoming American 2016 election.

3. “When we speak, we are afraid our words will not be heard or welcomed. But when we are silent, we are still afraid. So it is better to speak.” – Audre Lorde.

Lorde was a Caribbean-American poet, civil rights activist, and feminist. Her writings addressed racial prejudices, homophobia, and male privilege, amongst other things. She empowered her readers to address prejudice they were faced with and also celebrate differences in race and class.

4. “Learn from the mistakes of others. You can’t live long enough to make them all yourself” – Eleanor Roosevelt.

Roosevelt was the first chair of the UN Commission on Human Rights and played an active role in American politics as First lady.

5. “If you don’t like something, change it. If you can’t change it, change your attitude. Don’t complain” – Maya Angelou.

Angelou is an award winning poet and author of seven published autobiographies, numerous essay collections and poetry. She is internationally acclaimed for her memoir, I Know Why The Caged Bird Sings.

Foster is an American actor, director, and producer who has worked in films and on television. A recipient of several awards, she is often been cited as one of the best actresses of her generation. Her latest work involve directing episodes for Netflix original, Orange Is the New Black & House Of Cards.

7. “Don’t wait around for other people to be happy for you. Any happiness you get you’ve got to make yourself.” – Alice Walker.

Walker is a Pulitzer Prize-winning American author and activist, she wrote the critically acclaimed novel The Color Purple.

8. “If you just set out to be liked, you would be prepared to compromise on anything at any time, and you would achieve nothing.” –

Thatcher was Britain’s first female prime minister serving three consecutive terms in office. A dominant figure of conservative ideology during her time in her office, Thatcher created a conducive environment for entrepreneurs to thrive. By cutting taxes and regulation, she empowered people financially, and ultimately helped revitalize the British economy.

9. “You’re not obligated to win. You’re obligated to keep trying to do the best you can every day” – Marian Wright Edelman.

Edelman is an American activist for children’s rights and is the president and founder of the Children’s Defense Fund. She has been an advocate for disadvantaged Americans her entire professional life advocating for causes like pregnancy prevention, parental responsibility for educational values, and reducing the level of violence presented to children etc.

10. “As a girl, you should not be someone who tries to fit into a glass slipper. You should shatter the glass ceiling” – Priyanka Chopra.

Chopra is an Indian film actress, singer and a UNICEF Goodwill Ambassador amongst other things. A former Miss World (2000), she is has advanced tremendously in her acting career and is the first Bollywood actor to play a lead-role in an American TV show (Quantico).

How about those words of inspiration? These Moguls clearly have things on lockdown – maybe not yet, as learning in life is a continual process. Nonetheless, they have been there, (or are still in the process) done that, and understand your plight, just as much. So pick yourself up, dust off the discouragement and take another shot at your goals.

To be most effective, grab a post-it note, or whatever medium is most convenient and visibly write down the most essential quote for your current success roadblock. The key is to have this quote ingrained in your memory through repeated exposure instead of trying to retain all the information at a go. Repeat this as often as is needed and see it make a difference. 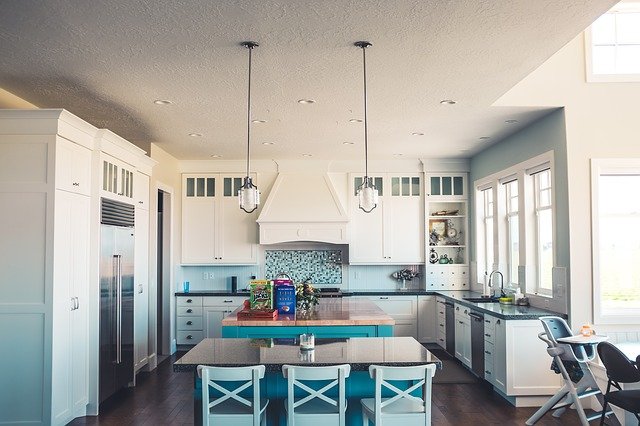 Every girl should remember that the main strong point of a good housewife and a real woman is cooking. It is impossible to imagine a kitchen without rinnai hood. Hoods are used for forced intake of combustion products, various impurities (nitrogen oxide, carbon dioxide, various carcinogens) and an unpleasant odor that appears in the air during cooking. Such a system functions on the principle of a vacuum cleaner. A standard hood consists of the following elements: a housing, an electric motor, an air intake, a ventilation system, grease (sometimes carbon) filters. The built-in hood is suitable for any kitchen size.(Image by StockSnap from Pixabay)