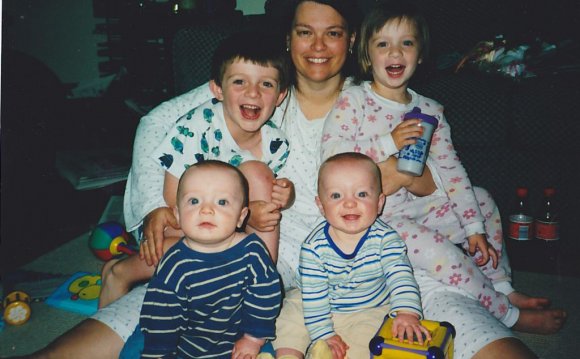 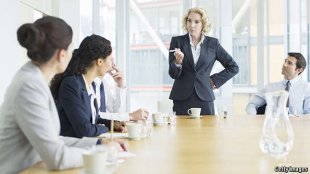 IN 2015 the promise of gender equality seems closer than ever. A new report by the Pew Research Centre shows that the majority of Americans think women are just as capable of being good political and business leaders as men. They are perceived as indistinguishable from their male peers when it comes to leadership qualities such as intelligence and capacity for innovation. On other qualities—honesty, fairness, compassion and willingness to compromise—many Americans actually judge women as superior.

It’s tempting to read the report as a sign of progress. After all, the 114th Congress includes a record number of women (104) serving in the House and Senate. On the corporate front, 26 women now lead as CEOs of Fortune 500 companies; that’s up from zero in 1995. But, in fact, the 104 congresswomen only make up 19% of Congress and the female CEOs are only 5% of all Fortune 500 CEOs.

In short, the numbers are creeping along, but they’re still staggeringly low. The success of a Hillary Clinton or a Mary Barra is encouraging—but these women are exceptions to the rule. What is holding women back from leadership positions in 21st-century America? According to Pew, the problem is that women still have to do more than men to prove themselves. This finding suggests a troubling assumption—that we still don’t expect women to be able to do what men can do. We allow that it’s possible, but our baseline expectations are that men are more capable. This puts women in the position of having to go above and beyond the standards to which men are held in order to demonstrate their competence.

Even then, women’s efforts are unlikely to be rewarded. As Sheryl Sandberg and Adam Grant pointed out in a recent New York Times op-ed, when male executives speak up, they receive 10% higher competence ratings; when female executives do the same, their ratings from their peers are 14% lower. Similarly, when male employees offer ideas, they receive higher performance evaluations; when women offer the same ideas, managers’ perceptions of their performance remain unchanged.

Then there are the structural problems involved with women having children. In Brigid Schulte’s fine book “Overwhelmed”, she describes some of the double-standards mothers face in the workplace. Research has found that pregnant women are perceived as “less authoritative and more irrational, regardless of their actual performance”. Mothers are often seen as less committed to work than non-mothers. Fathers, meanwhile, are not only viewed as equally competent as men without children, but also significantly more committed to work. As a result, while mothers are often penalised for their family commitments, fathers tend to be “recommended for management training more than men without children.” Researchers describe this phenomenon as a “motherhood penalty” and “fatherhood bonus”. And this is without considering some of the complications of parental leave and child care, which disproportionately affect female workers.

In light of the numbers and research, how is it possible that most Americans still express such positive views of female leadership? It’s hard to account for the discrepancy between the Pew report and the realities of the American workplace. Plain sexism isn’t a satisfying answer since people actually seem to think women are competent leaders. Perhaps it’s a matter of biases so ingrained that our actions still haven’t caught up with our enlightened views. Americans claim to hold equitable views—they know these are the right views to have, much like most people will certainly say they are not racist. But converting such views into practice is another matter entirely.

This is a loss for women, of course. But it’s also a social and economic loss for people and businesses generally. Research shows that everyone does better when women share the reins of power. Ms Sandberg and Mr Grant hammer this in: “Start-ups led by women are more likely to succeed; innovative firms with more women in top management are more profitable; and companies with more gender diversity have more revenue, customers, market share and profits.”

Such results seem to support gender equity, but clearly numbers aren’t enough to change corporate behaviour. Viscerally, Americans resist letting femininity and power go hand-in-hand; a female leader still strikes us as unnatural on an emotional level. At the end of the day, we simply lack enough compelling models for what female power should look like. This should change as more women manage to break into leadership roles. Soon, perhaps, a powerful woman won’t appear threatening or aspirational, but simply normal.

Sheryl Sandberg: Why we have too few women leaders