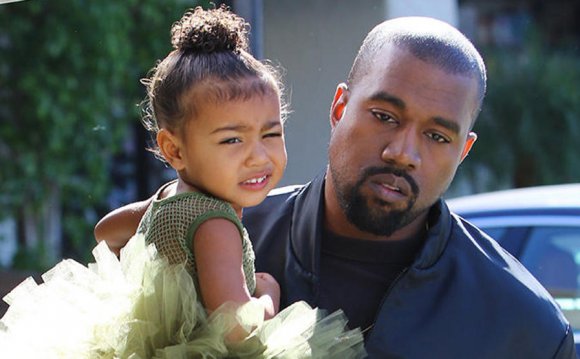 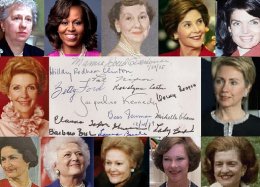 This NFLL Blog article is adapted from a recent response to a public inquiry asking for a definitive list of the “correct” names of all of the First Ladies.

All one might state definitively about the “correct” names of First Ladies is that there are recorded names each was given at the time of their birth, in the case of earlier ones, the documentation was in the form of a church baptism. From that point on, it seems that the “real name” of a First Lady is as subjective as their own whims.

As one begins to examine the written record left by these women and how they wished to identify themselves and be identified, there are more curiosities than not involving the subject.

For example, over the last century, the wife of Abraham Lincoln has almost universally been referred to as “Mary Todd Lincoln, ” even though she never used her maiden name in any signed letters or documents. Neither did she use the middle name attributed to her in several sources: “Anne.”

Florence “Mabel” Kling Harding dropped her middle name – yet used her maiden name in full. Of course, with her willful attempt to entirely keep secret from the public her common-law first husband, she never used his name of “DeWolfe.”

Laura Bush never uses her middle name of “Lane” or maiden name of “Welch, ” nor does Michelle Obama use hers of “LaVaughn” and “Robinson.”

Born as Anna Eleanor Roosevelt, this famous First Lady dropped her first name and only used her middle name. Of course, she kept using her last name by marrying her distant cousin of the same name.

Although born as “Claudia Alta, ” Mrs. Lyndon B. Johnson dropped both her first and middle name and used the nickname of “Lady Bird” given to her as a baby by a nursemaid; still, on all legal documents she signed as Claudia. 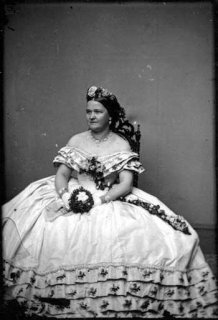 In the same vein, the woman known to her friends, family and the world at large only as “Pat Nixon” never legally changed her birth first and middle name of Thelma Catherine – she just stopped using it and all others followed suit.

She did this to honor her late father, a man proud of his Irish heritage who had called his daughter Thelma his “St. Patrick’s Day babe in the morning, ” since she was born on March 16th, just hours before St. Patrick’s Day.

After her second marriage, she went through various stages of name identity: Jacqueline Onassis, Jacqueline Bouvier Onassis and then finally, Jacqueline Kennedy Onassis.

As an editor, however, she often used the nickname she’d once detested and went for the simpler: “Jackie Onassis.”

Towards the end of her life, when she began complying with the many requests for her autograph which the public wrote her, she used not her real name at the time but the one which evoked the fond memories of her White House years and signed as “Jacqueline Kennedy.”

Nancy Reagan will occasionally use Nancy Davis Reagan – her middle name being that of her adoptive father. She never uses her birth name of “Anne Frances” and never her birth maiden name of “Robbins.” 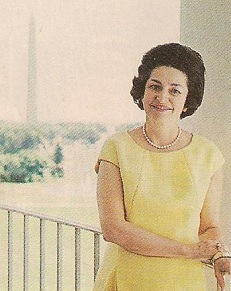 Ironically, upon achieving political status on her own through elected office as a United States Senator and then appointed as Secretary of State, she dropped her maiden name and went simply as “Hillary Clinton.”

She has never been known to use the middle name she was christened with: “Diane.”

Then there is the case of Mrs. John Quincy Adams. She always signed herself as “Louisa C. Adams, ” never using her maiden name of “Johnson” but also never spelling out her given middle name of Catherine.

It seems that presidential spouses in the post-Civil War era began using the initial of their maiden names.

Mrs. Arthur usually skipped her first name entirely, but used the initials of her first, middle and maiden name, signing herself as “E.L.H. Arthur.”

Bess Truman usually signed with the “W.” of her maiden name of Wallace but on occasion did not.

Mrs. Eisenhower was born with the first name of “Mamie” and the middle name of “Geneva, ” after Lake Geneva.

Paradoxically, although considered a highly traditional wife, she almost never signed anything without identifying herself as “Mamie Doud Eisenhower, ” or if there was limited space to sign her name “Mamie D. Eisenhower.”

Despite some recent claims that “White” was Edith Bolling Wilson’s middle name, no documentation suggests this, nor did she ever use it in her signatures.

One last observation: it isn’t until one begins to encounter the First Ladies born in the Revolutionary Era that one sees these women using their full first names in any signed form other than legal documents.

Thus the first five First Ladies signed themselves with the more anonymous “M. Washington, ” “A. Adams, ” “D. P. Madison” and “E. Monroe” (the signature often billed as being from her pen is actually not – it is the signature of a same-named woman married to President Monroe’s nephew).

Starting with the first First Lady born in the 19th century – Julia Gardiner Tyler (as she always called herself, by the way) – her chronological line of successors begin to consistently use their first names.

As to the famously-named legendary First Lady Dolley Madison, there are layers of stories which require sifting before one arrives at a real answer about her real name.

Lil Dicky: The Ladies Still Love Him Despite His Name!

I had sex with Kim K ,Mariah Carey & other famous ladies ...