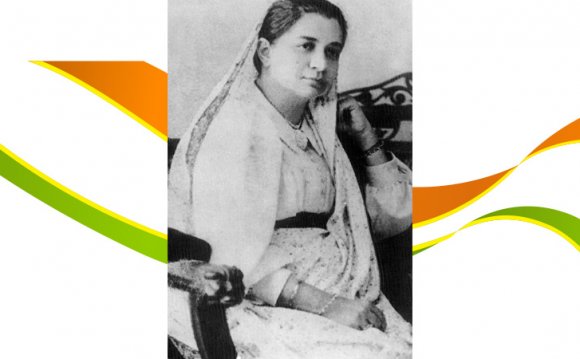 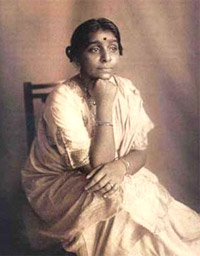 Being the better-half of Mohandas Karamchand Gandhi, Kasturba Gandhi played role as a political activist who was fighting for civil rights as well as Indian independence. She accompanied her husband to all demonstrations and movements and even took his place in his absence. She played the role of teaching Indians basic lesson of health, hygiene, discipline, reading, and writing due to lack of proper education to all. She played an important role at the back stage of the freedom struggle.

Popularly known as “the nightingale of India” Sarojini Naidu contributed towards freedom struggle by joining politics during the wake of Partition of Bengal in 1905. She travelled to various places in India and delivered lectures on social welfare, making women aware towards freedom struggle and invoking them to participate, and arousing feeling of nationalism through her lectures. In 1917 she even helped to launch Women’s Indian association. She has many first credit tags to her credit- she acted as first governor of the United Provinces of Agra and Oudh, with this she also became first woman to become governor of any Indian state. She was the second woman to become the president of Indian national Congress and the first Indian woman to become so. 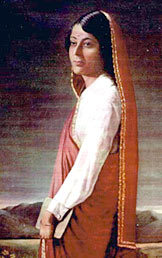 Kamala Nehru was married to Pandit Jawaharlal Nehru. Being the wife of a person who’s contribution to Indian freedom struggle can never be forgotten is in itself a great contribution to Indian freedom struggle. At a prominent instanc, in 1921, during the Non Cooperation Movement in Allahabad she organized groups of women and picketed shops of liquor and foreign cloth. Performing the role of a wife she often went to deliver speeches when Nehru ji failed to appear.

Vijaya Lakshmi Pandit was sister of Pandit Jawaharlal Nehru and played crucial role in Indian politics. She was the first women to become cabinet minister, she was designated the post of minister of local self-government and public health. She is well known for her political and diplomatic role during the freedom struggle. She was also the first woman president of United Nations General Assembly. She was also the first woman ambassador in the world who attained the position in three countries – Moscow, Washington and London. 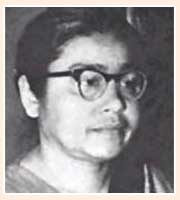 She was a freedom fighter and worked closely with Mahatma Gandhi during Partition riots in India. She also played major role in politics by joining Indian National Congress. During the formation of constitution of India she was elected as a member of the drafting committee of Constituent assembly. Another feather to her cap is attached when she sang “Vande Mataram” in the Constituent Assembly. She was also elected as the chief minister of Uttar Pradesh state after independence.

She is well known as Indian independence activist. Being an activist she participated actively in public processions during Salt Satyagraha, and she also became an active member of Indian National Congress. Due to her activity she was imprisoned but prison walls did not stop her she continued with her protests and strikes inside the jail for indifferent treatment of prisoners which resulted in the improved condition of prisoners in Tihar Jail.

She was a follower of Mahatma Gandhi and thus; played active role in Gandhi Satyagraha movement and played role of Indian struggler, a lawyer, a social activist and a politician. She was a lok sabha member as well as member of Planning Commission of India. While being member of Planning Commission she launched a Central Social Welfare Board through which she improved condition of education, women, children, handicap and rehabilitation of needy persons.

A very great contribution to her credit is the origination of Congress Radio also known as Secret Congress Radio, which was an underground radio station which was active for few months during the Quit India Movement of 1983. Due to this clandestine activity she was imprisoned in Yeravda Jail of Pune. She was also a follower of Mahatma Gandhi and a freedom fighter.

how devices in network which system engages in mass activation when device is in vr means what startup costs are deductible how often does working solutions pay who set up only fans why management information system is important which solution is basic how many design patterns are there in java where to donate technology near me where system preferences on iphone how much technology has china stolen how many entrepreneurs have adhd which development changes are associated with puberty what entrepreneur should have how much solution for bissell carpet cleaner how science works flowchart when london bridge is falling down who designs homes why startups fail summary which technology uses a tunneling protocol where business logic in mvc pattern where to print business cards where product key windows 8 entrepreneur who started with nothing where project youngin from where to solve math problems why management training is important from where did educational technology originate whose project is the metro manila subway teaching where it matters what's the roadmap for lifting lockdown where is izzy from startup solutions how to sleep how many startups in india whose methodology of teaching experimentation is the key note of whom synonyms and antonyms why solution called mixture where's my device where are entrepreneurs located where to eat london where science meets art who prepare project report who project manager what science is taught in 12th grade
Source: listaka.com

Great and most successful women of India Interview by ...