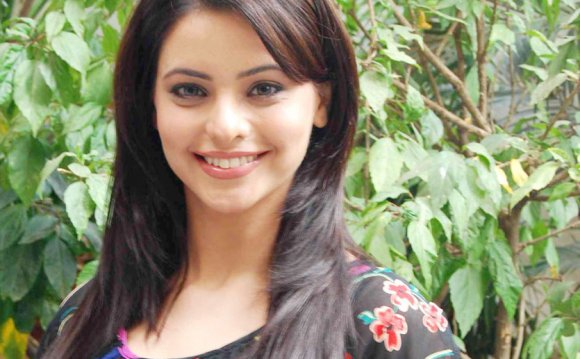 My father took to the Websites like a freshly divorced 42-year-old who’s just discovered Craigslist. He uploaded my profile on several, indicating that only men living in New York City need apply (nota bene, Mr. Ramesh Gupta). Unfortunately, in the world of shaadi.com, this means most of the men live in New Jersey, while working in IT departments all around New York.

My father also wrote my profile. This may be why dates are surprised to discover I enjoy a glass of wine or two with dinner, and another couple afterward, even though the profile says I never drink. And he writes back to those who appear aboveboard. This is no small task, as anyone who’s done any online dating can attest. As my father puts it, wagging his head, You get a lot of useless types.

Like most Indians of their generation, my parents believe there are only two legitimate professions: doctor and engineer (not medicine and engineering, but doctor and engineer). Yes, they’ve heard of such newfangled professions as investment banking and law, but, oh, no, they won’t be fooled. Across India can be heard the refrain, It is good match: They found doctor,  and my father expects nothing less for his little girl.

The problem is that while he wants doctor or engineer, my heart beats for the diametric opposite. Take the aging but rakish foreign correspondent I was smitten with last year. Nearing 50, he’d just seen his marriage fall apart, and he mourned its passing by plastering his body with fresh tattoos and picking bar fights. I found it terribly sexy that he rode a Harley, perhaps less so that his apartment was decorated with Wonder Woman paraphernalia. He was on a downward spiral, but perhaps my parents might appreciate that he’d won a Pulitzer earlier in his career?

The relationship didn’t go anywhere, as my father might have warned me if I’d told him about such things. I will admit to needing a little romantic assistance. Since moving here a few years ago, I’d hardly describe my dating life as successful. There was Sadakat, the half-Finnish, half-Pakistani barrister from London who slept most of the day and worked most of the night writing a book on criminal justice. Circumscribed within this schedule, our dates would begin at midnight. Once I fell asleep on the bar during the middle of one.

Then there were the ones who simply never called again. The boy from Minnesota who imported women’s leather clothing from Brazil, the Cockney songwriter, the French dot-com millionaire. Perhaps I didn’t want to marry these men, but I certainly wanted to see them again. I began to feel baffled by Western norms of dating, what one Indian friend calls dating for dating’s sake.

My father excludes non-veg suitors. There is, however, a loophole for meat-eaters who earn over $200, 000.

Last summer, Alex, a handsome consultant I’d met at a party, invited me to his apartment for dinner. It was our first real date, and I was flatteredand encouragedthat he was already cooking for me. Soon after I arrived, we were drinking an Argentine wine I’d brought to go with his vegetarian lasagne, hewing to my restored dietary restrictions. Then, during dessert, Alex started talking about his long-distance Japanese girlfriend. I spat out my espresso. Not done yet, he also sought my advice on how to ask out the cute girl from his gym. Was it something I did? Perhaps I should have brought an old-world wine? Dating for dating’s sake indeed.

I’ve had greater luck attracting romantic attention (of a sort) on vacation. It was during a trip to Argentina that I met Juan Carlos, a black-haired, green-eyed painterof buildings, not canvases. Within an hour of meeting me, he said he would become a vegetarian as soon as we married, that he’d never felt this way for any womannunca en mi vidathat I was the mother of his children. Oddly, by the end of the night, he couldn’t remember my name. Nothing fazed Juan Carlos, however. He quickly jotted off a poem explaining his lapse: I wrote your name in the sand, but a wave came and washed it away. I wrote your name in a tree, but the branch fell. I have written your name in my heart, and time will guard it.

Given such escapades, it may come as no surprise that I’ve started to look at my father’s efforts with a touch less disdain. At least the messages aren’t as mixed, right? Sometimes they’re quite clear. One of the first setups I agreed to took place a year ago. The manI’ll call him Vivekworked in IT in New Jersey and had lived there all his life. He took the train into the city to meet me at a Starbucks. He was wearing pants that ended two inches before his ankles. We spoke briefly about his work before he asked, What are you looking for in a husband? Since this question always leaves me flummoxedespecially when it’s asked by somebody in high-waters within the first few minutes of conversationI mumbled something along the lines of, I don’t know, a connection, I guess. What are you looking for? Vivek responded, Just two things. Someone who’s vegetarian and doesn’t smoke. That shouldn’t be so hard to find, don’t you think?

It’s a common online-dating complaint that people are nothing like their profiles. I’ve found they can be nothing but them. And in their tone-deafness, some of these men resemble the parents spurring them on. One Sunday, I was woken by a call at 9 A.M. A woman with a heavy Indian accent asked for Anita. I have a raspy voice at the best of times, but after a night of social smoking, my register is on par with Clint Eastwood’s. So when I croaked, This is she,  the perplexed lady responded, She or he? before asking, What are your qualifications? I said I had a B.A. B.A. only? she responded. What are the boy’s qualifications? I flung back in an androgynous voice. She smirked: He is M.D. in Kentucky only. Still bleary-eyed, but with enough presence of mind to use the deferential term for an elder, I grumbled, Auntie, I will speak to the boy only. Neither she, nor he, called back.