Powerful Women of the world 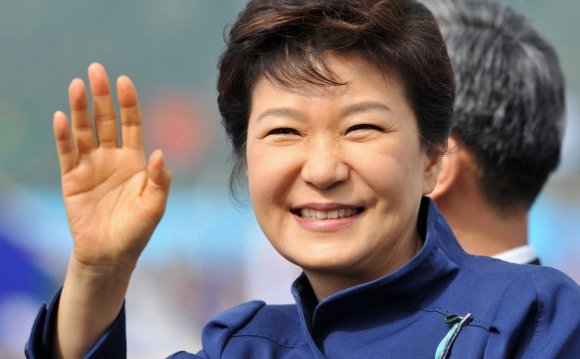 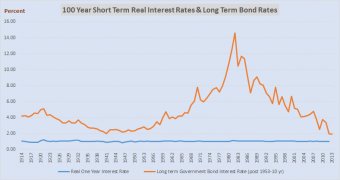 In Investing by Barbara Friedberg

Janet Yellen is the 15th Chairperson of the US Federal Reserve Board. She is arguably the world’s most powerful woman, and perhaps the most powerful person in the world. Can you name anybody with more might?

The Fed chief is ever-present in the media because one of their major roles is to manage the money supply of the country, which influences interest rates. And interest rates directly impact the consumer in many ways.

But interest rate management isn’t the Fed’s only concern. The goal of the Fed is to keep inflation at a moderate range, promote full employment, and keep long term interest rates steady.

That’s a tall order for an organization, with implications for the entire population of the country. Not only do the Fed’s actions impact the U.S.- interest rate, employment, and inflation levels in the United States can impact the entire world.

The following post is a brief discussion on how the Federal Reserve’s decisions may impact you and the economy.

How Do U.S. Interest Rates, Employment Levels, and Inflation Levels Impact You?

Interest rates are set by the Federal Reserve Bank and their direction (up or down) influence the rate you pay on your credit card, your car loan, and the mortgage rate on a home. The lower the interest rate is, the more likely you are to borrow money.

But lower interest rates aren’t rosy for everyone.

Retirees who are living on their savings and income from bank Certificates of Deposit (CD) and bonds, may prefer higher interest rates. When interest rates are higher, so is the income received from CDs, savings accounts, and bonds. 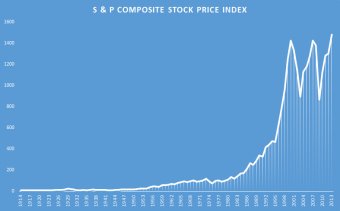 The Fed sets a preferred inflation level. Similar to the three bears story, where the correct porridge temperature is not too hot, nor too cold, inflation also needs to be just right.

“The Federal Open Market Committee (FOMC) judges that inflation at the rate of 2 percent (as measured by the annual change in the price index for personal consumption expenditures, or PCE) is most consistent over the longer run with the Federal Reserve’s mandate for price stability and maximum employment.”

Higher inflation causes an increase in prices and can cause the consumers to worry about their dollar’s buying power in the future. On the other hand, lower inflation can lead to expectations of deflation, declining wages and a deteriorating economy.

So to wrap up, the Fed attempts to manage interest rates, employment levels and inflation in order to keep the economy humming.

Before we examine whether the Fed Chief’s comments are able to move markets, let’s take a look at how the financial markets performed during various historical periods. And to keep the conversation interesting, we’ll examine one chart which includes real and long term nominal interest rates, and another which examines stock prices.

How Have Financial Markets Behaved With Changes in Interest Rates?

If and when interest rates rise, does that mean your investment portfolio will decline?

Over time, financial markets have performed well in a variety of interest rate scenarios.

When adding in long term bond interest rates, you can extrapolate the impact of inflation. High inflation will boost nominal interest rates, as you can see during the 1970’s through 1990’s.

Does this history lesson in interest rates and stock prices predict the future? The answer is uncertain.

Janet Yellen and her former colleagues are more educated today than earlier Fed Chiefs regarding the impact of interest rates and inflation on the economy due to more data.

How The Fed Chair Can Impact Markets

Now let’s explore more recent and practical examples of Fed-speak and the markets.

An example of the power of the Fed was recently quoted by Burton G. Malkiel (author of Random Walk Down Wall Street) in “Are Stock Prices Headed for a Fall?” WSJ, August 28, 2014, as he spoke about former Fed Chief Alan Greenspan;

“CAPE ratios (a valuation measure) were highly elevated when former Federal Reserve Chairman Alan Greenspan made his famous “irrational exuberance” speech in December 1996, but the market rallied strongly through March of 2000.”

During the end of last century, stock prices became extremely overvalued. Alan Greenspan, the Fed Chief at the time, coined the phrase “irrational exuberance” to describe the investor’s mood and behavior. The implication of that phrase was that investor’s were overly enamored with stocks, especially technology stocks- to an irrational level. He suggested that stock prices were above their true or underlying value.

As Malkiel reminded us, when Greenspan coined the “Irrational Exuberance” phrase in 1996, and in spite of his allegation that the stock market was overvalued, stock prices continued to expand for another four years.

Today, Janet Yellen’s speeches are closely monitored. Due to the historical power of the Fed Chief, investors, politicians, and the general public all want a crystal ball into the future economy. And that desire propels individuals to imbue power into every word of the Fed Chair.

Recently, as the world’s leading central bankers met at Jackson Hole, Wyoming there was discussion about world economies, interest rates, and inflation.

At that meeting, according to “Job Woes Muddle Yellen’s Policy View”, August 23, 2014 WSJ article by Hilsenrath and Blackstone, Yellen was cautious about raising interest rates, in spite of an improving economy. She’s concerned that even five years after the last recession, the job market isn’t fully recovered. The stock market jumped 0.5% immediately after her comments.

"Afirika" - Angelique Kidjo with Women of the World

Women Of The World

One of the Powerful Women in the World : History Groundses