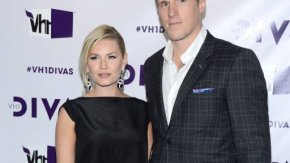 TORONTO — Despite their busy travel schedules and tendency to be missing teeth, professional hockey players don’t seem to have any trouble scoring themselves famous girlfriends and wives.

Some of these off-ice relationships are enduring (See Wayne Gretzky and actress Janet Jones, who will celebrate their 25th anniversary this summer) and others are decidedly short-term (See Alanis Morissette and ex-Senators player Mike Peluso or tennis pro Anna Kournikova and both Pavel Bure and Sergei Fedorov).

While Canadian hockey fans are focused on the action on the ice, we take a look at the top 10 female stars who fell hard for guys on skates:

The American actress, whose credits include The Flamingo Kid and A League of Their Own, met Brantford, Ont. hockey phenom Wayne Gretzky on Dance Fever in 1984. They reconnected three years later at an NBA game and, a year later, tied the knot at a lavish wedding in Edmonton. The Gretzky couple has five children. 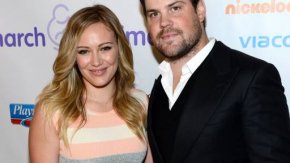 The Calgary-born actress loves hockey — or at least the men who play it. Cuthbert got engaged last year to Toronto Maple Leafs captain Dion Phaneuf, who she started dating in 2008. Prior to scoring with Edmonton-born Phaneuf, though, the Happy Endings star had a two-year relationship with NHL star Sean Avery.

The American actress-singer started dating NHL player Mike Comrie in 2007 and married in August 2010. Edmonton-born Comrie, son of The Brick founder Bill Comrie, played for a number of teams including the New York Islanders and his hometown Oilers. Duff and Comrie became parents to son Luca in March 2012. 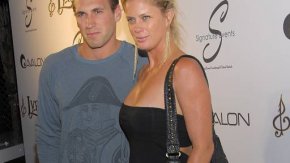 The New Zealand model-actress, who was married to singer Rod Stewart for almost a decade, was engaged to Saskatchewan-born NHL player Jarret Stoll in 2008. A year later, the couple split up. Stoll played for the Edmonton Oilers and Los Angeles Kings.

The country singer was introduced to Peterborough, Ont.-born NHL player Mike Fisher at one of her concerts in 2008 — and they were engaged a year later. Underwood, an Oklahoma native, and Fisher tied the knot in July 2010 and built a home in a rural area of Ottawa while he played for the Senators. The couple relocated to Underwood’s Nashville estate when Fisher was traded to the Predators in 2011. How do they keep their marriage strong with such different schedules? “When you make that promise to somebody, ” Underwood recently told People, “and you stand before God and your family and friends, you’ve got to do everything that you possibly can to make that work.”

A well-known singer and actress in the Czech Republic, she married Montreal Canadiens player Tomáš Plekanec in 2011. 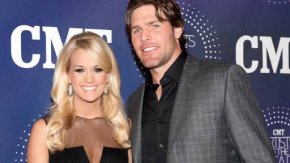 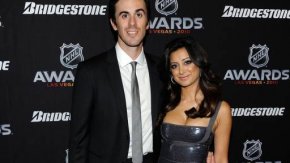