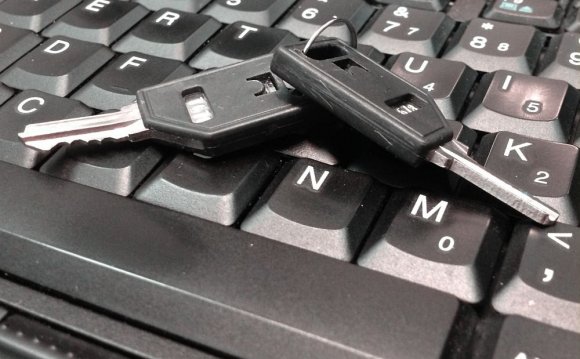 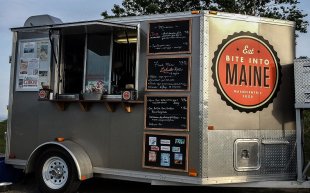 Entrepreneurs who land a spot on ABC's hit show "Shark Tank" get the chance of a lifetime: to showcase their products to more than 7 million viewers and pitch their businesses to a panel of potential investors. And if an investor, or Shark, likes their ideas, they try to negotiate offers and seal the deals with golden handshakes. More than 500 businesses have been pitched on the show over five seasons ("Shark Tank" is currently in its sixth season), but more than 50 percent of the ideas that are given the green light on the air don't end up closing the deal when the cameras turn off, according to The Richest.com.

The lucky few who have landed a coveted handshake from Sharks, such as Mark Cuban, Barbara Corcoran or Lori Greiner, form invaluable business partnerships and gain exposure that hopefully leads to a big boost in sales.

If you're a fan of the show and have ever wondered what resulted from some of the more successful "Shark Tank" pitches, then read on.

Concept: Scrub Daddy is a smiley face-shaped sponge that can outlast many average sponges. It also comes in a lemon scent and multiple colors. Scrub Daddy products can be used to clean household or outdoor items, as well as cars and boats. Its unique design tackles hard-to reach-places, like the bottom of a mug or shower corners, and won't scratch delicate surfaces.

Where are they now: After Greiner made the deal with Krause for 20 percent, Scrub Daddy became the biggest "Shark Tank" success to date, reports Business Insider. When Krause landed a spot on "Shark Tank, " his company was struggling, reaching only $100, 000 in sales in 18 months. Since its television debut, Scrub Daddy has raked in more than $18 million. Consumers can buy the product on QVC and in retail stores such as Target and Bed Bath & Beyond. Krause is on a mission to "reinvent the sponge, " and the Scrub Daddy line has expanded to include various sizes.

In an interview with GOBankingRates, Krause shared a few tips on how other entrepreneurs can perfect their pitches. "Proper planning prevents poor performance, " he said. "Before I went on 'Shark Tank, ' I watched every episode twice and created a flow chart of potential questions based off each Shark's personality. There wasn't a single question I wasn't prepared for."

Krause gave another important piece of advice for when it's time to present the pitch: "It's important to come across as confident, not arrogant though. You want to act like a person someone wants to do business with."

Concept: Defining itself as "shapewear redefined, " Hold Your Haunches is a fashion trouser that has an extendable waistband and integrated compression shell that extends from the waist down to the calf. This two-layer shapewear system shapes and smooths the customer's figure on the inside while remaining hidden by an outer layer of pants.

Where are they now: In the year leading up to its "Shark Tank" appearance, the company only had $165, 000 in sales, reports the Daily Mail. Just six months after the episode aired, Hold Your Haunches saw more than $1.5 million in profits.

When asked about the product's surprising success, Greiner told GOBankingRates, "The Hold Your Haunches product helps women feel better about their bodies in leggings. Who doesn't want to look and feel better in their clothes? Plus, [Bickley and Greer] are real hustlers at getting the job at task done. That combination wins."

Concept: Music teacher Travis Perry created ChordBuddy for his daughter, a novice guitar player. The device attaches to the neck of an acoustic or electric guitar and has colored tabs that help beginners learn the chords. Perry's daughter learned how to play so quickly that he knew he had a hit product on his hands.

Where are they now: ChordBuddy started with $150, 000 in sales during its first month before "Shark Tank." In late 2014, Business Insider reported the company was on track to bring in $2 million in sales and had even secured John Rich, from the popular country duo Big and Rich, as a company spokesperson.

Concept: Robinson and Buonomo got the idea for Kisstixx after failing to hone their make-out skills during college. They turned their Utah Valley University dorm room into a makeshift chemistry lab and created Kisstixx, a flavored duo lip balm - customers can mix and match flavors to enhance their kissing experiences.

Where are they now: Immediately following its "Shark Tank" appearance, the company's website saw a 3, 000 percent increase in traffic and sold more than 5, 000 units (Strawberry Daiquiri & Piña Colada are popular flavors), reports The Richest. The lip balm is sold at various retailers, including Walgreens, Bed Bath & Beyond and Kmart. Customers can also buy the product online on Amazon, Drugstore.com and the company's website. The products have also gotten a little more popular with the ladies - country music artist Danielle Peck reportedly partnered with Kisstixx.

"I would say my luck with the ladies definitely improved after creating Kisstixx. Since then I have married my beautiful wife and had an amazing little girl. You could say I really lucked out in the ladies department, " said Robinson.

Top 10 Most Unusual Businesses on Wheels

Segment 2 Why Most Businesses Never Sell