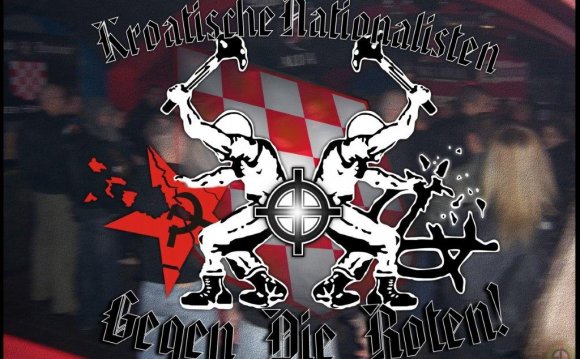 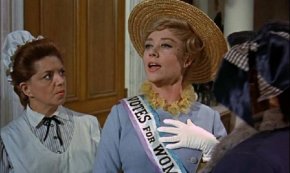 Suffragette: Susan B. Anthony, 1820-1906 (Social reformer, member of the Anti-Slavery Society, president of the National American Woman Suffrage Association)
Hooray: “I think the girl who is able to earn her own living and pay her own way should be as happy as anybody on earth. The sense of independence and security is very sweet.”
Wait, What: “Mr. Douglass talks about the wrongs of the Negro; but with all the outrages that he to-day suffers, he would not exchange his sex and take the place of Elizabeth Cady Stanton.”

Suffragette: Anna Howard Shaw, 1847-1919 (Physician, Methodist minister, president of the National Woman Suffrage Association, inspiration for an episode of 30 Rock)
Hooray: “Around me I saw women overworked and underpaid, doing men’s work at half men’s wages, not because their work was inferior, but because they were women.”
Wait, What: “You have put the ballot in the hands of your black men, thus making them political superiors of white women. Never before in the history of the world have men made former slaves the political masters of their former mistresses!”

Suffragette: Belle Kearney, 1863-1939 (Orator, novelist, Mississippi state senator)
Hooray: “Equal pay for equal work.”
Wait, What: “The enfranchisement of women would insure immediate and durable white supremacy, honestly attained, for upon unquestioned authority it is stated that in every southern State but one there are more educated women than all the illiterate voters, white and black, native and foreign, combined. As you probably know, of all the women in the South who can read and write, ten out of every eleven are white. When it comes to the proportion of property between the races, that of the white outweighs that of the black immeasurably.”

Suffragette: Elizabeth Cady Stanton, 1815-1902 (Social activist, abolitionist, author)
Hooray: “The best protection any woman can have is courage.”
Wait, What: “What will we and our daughters suffer if these degraded black men are allowed to have the rights that would make them even worse than our Saxon fathers?”

Suffragette: Laura Clay, 1849-1940 (Founder of Kentucky’s first suffrage group)
Hooray: “Religious intolerance just now is abroad in the land. It is an evil passion of the heart which dies hard…This campaign is a call to every true American of whatever party to stand firmly for the principle of religious freedom.”
Wait, What: “The white men, reinforced by the educated white women, could ‘snow under’ the Negro vote in every State, and the white race would maintain its supremacy without corrupting or intimidating the Negroes.”

Suffragette: Frances Willard, 1839-1898 (Feminist lecturer, founder of the National Council of Women, anti-child abuse activist)
Hooray: “Politics is the place for woman.”
Wait, What: “Alien illiterates rule our cities today; the saloon is their palace, and the toddy stick their scepter. The colored race multiplies like the locusts of Egypt.”

Suffragette: Carrie Chapman Catt, 1859-1947 (Founder of the League of Women Voters)
Hooray: “”There is one thing mightier than kings and armies”–aye, than Congresses and political parties–“the power of an idea when its time has come to move.” The time for woman suffrage has come. The woman’s hour has struck. If parties prefer to postpone action longer and thus do battle with this idea, they challenge the inevitable. The idea will not perish; the party which opposes it may. Every delay, every trick, every political dishonesty from now on will antagonize the women of the land more and more, and when the party or parties which have so delayed woman suffrage finally let it come, their sincerity will be doubted and their appeal to the new voters will be met with suspicion.”
Wait, What: “White supremacy will be strengthened, not weakened, by women’s suffrage.”

: Rebecca Ann Latimer Felton, 1835-1930 (First woman to serve in the Senate)
Hooray: “A Senator of the U.S., a woman, is still a sort of political joke with our masculine leaders in party politics…. But the trail has been blazed! The road is apparently rough—maybe rocky—but the trail has been located. It is an established fact. While it is also a romantic adventure, it will ever remain an historical precedent—never to be erased.”
Wait, What: “I do not want to see a negro man walk to the polls and vote on who should handle my tax money, while I myself cannot vote at all…When there is not enough religion in the pulpit to organize a crusade against sin; nor justice in the court house to promptly punish crime; nor manhood enough in the nation to put a sheltering arm about innocence and virtue—-if it needs lynching to protect woman’s dearest possession from the ravening human beasts—-then I say lynch, a thousand times a week if necessary.”

White women, and the power....