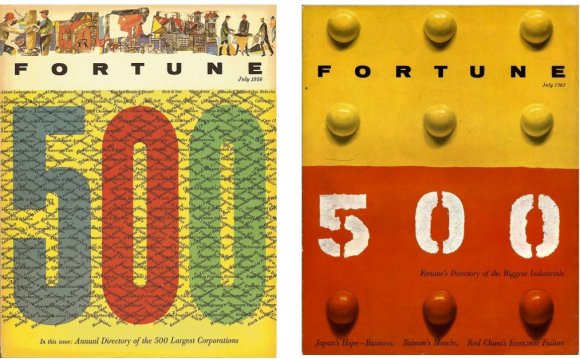 All blogs were examined to determine the level of interactivity the blog allowed. This was done by looking at the blog to see if comments were accepted, if RSS feeds or email subscriptions were available and checking the date of the last post to determine how current it was. In 2013, 79% of the F500 blogs are kept current, take comments, have RSS feeds and take subscriptions.

These blogs are kept current with frequent posts on a range of topics. It appears that those companies that have made the decision to blog have utilized the tool well. There is frequent posting, on-going discussion and the ability to follow the conversation easily through RSS or email subscriptions. While there are more blogs this year, this level of engagement has been typical. Those companies that choose to blog, use the tool effectively.

In 2012, 44% of the Inc. 500 had corporate blogs while the 2012 F500 had 28%. With 34% of the F500 companies hosting corporate blogs in 2013, that gap may be closing. It is particularly interesting to see a jump of 6% in blogging for the wealthiest companies while the most recent group of the fastest growing companies increased their adoption of blogging by 7%.

Three hundred eighty-seven (77%) of the F500 have corporate Twitter accounts with a tweet in the past thirty days. This represents a 4% increase since last year. Eight of the top 10 companies (WalMart, Exxon, Chevron, Phillips 66, Apple, General Motors, General Electric and Ford Motors) consistently post on their Twitter accounts. Berkshire Hathaway and Valero Energy do not tweet.

Five of the 2013 F500 companies had Twitter accounts with no activity on them. These include: CF Industry Holdings, Joy Global, Laboratory Corp. of America, O’Reilly Automotive and Omnicare.

Rank appears to be an influence for the use of Twitter by the F500. Eight of the top 10 companies have corporate Twitter accounts. Forty-three percent of the Twitter accounts belong to the companies in the top 200 on the list, while 36% come from those ranked in the bottom 200. Those ranked higher in the 2013 F500 are more likely to adopt Twitter than their lower ranked counterparts, following the same pattern as blogging.

Ironically it is the popular Facebook, new to the F500, that has the highest number of followers on Twitter, followed by Google, Starbucks, Whole Foods Market, Walt Disney, JetBlue Airways and Southwest Airlines.

Three hundred forty-eight (70%) of the F500 are now on Facebook. This represents a 4% increase since last year. Nine of the top 10 companies (WalMart, Chevron, Phillips 66, Berkshire Hathaway, Apple, General Motors, General Electric, Valero Energy and Ford Motors) have Facebook pages. Exxon does not.

Facebook pages among the F500 follow the same pattern of adoption by rank as Twitter and blogging. Forty-one percent of the top 200 have a corporate Facebook page while 38% of the bottom 200 use this tool. Rank clearly impacts social media adoption.