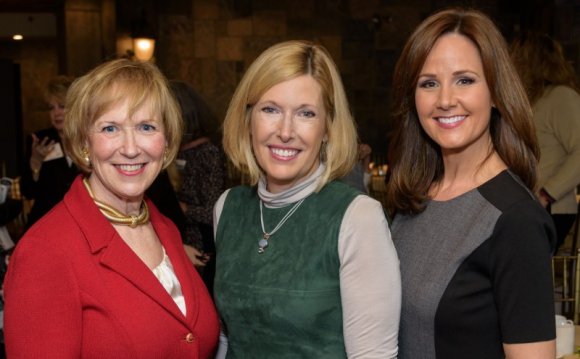 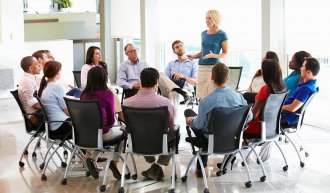 Women can exert control by engaging in more subtle or “implicit” methods of dominance. | Adobe Stock

How can women be strong leaders at work without being labeled as “bossy” or viewed as less likeable than their male peers?

A shift in facial expression, an expansive posture, or a different negotiating strategy can be just as effective as a direct command, a wagging finger, or other aggressive behavior, she says. When women use these methods, the backlash is weakened or even disappears, according to the research by Tiedens and Melissa Williams of Emory University’s Goizueta Business School.

Based on a review of hundreds of earlier studies, their work suggests a winning strategy for women in business: “While the obstacles to women’s achievement in leadership roles are real, there also is reason to hope that women may be able to work around them by relying more heavily on implicit methods of interpersonal influence, ” write the researchers.

Their upcoming paper, “The Subtle Suspension of Backlash: A Meta-Analysis of Penalties for Women’s Implicit and Explicit Dominance Behavior, ” draws on research into animal behavior as well as Tiedens’ earlier work on hierarchy and dominance in business. The research will appear in Psychological Bulletin.

When threatened, many animals puff up their fur or take a very deep breath and expand their bodies because it makes them look larger. Similarly, “when people expand themselves and take up a lot of space, they are perceived as dominant, whereas when they constrict themselves and take up little space, they are perceived as submissive, ” Tiedens wrote in an earlier paper on nonverbal behavior.

Standing tall and using a loud voice during a meeting can express authority, but it’s subtle enough not to be resented, she says. Sitting with an arm draped over a chair, and an ankle resting on a knee, makes a person look larger and more dominant – but not threatening.

Attitudes and preconceptions about gender roles are deeply rooted, so it’s not surprising that dominant women face difficulties in business. People believe that men should be dominant and that women should be warm, writes Tiedens. Women who violate those stereotypes aren’t seen as warm, and if they occupy leadership roles in business or politics, they may be viewed as a threat to men’s status as earners, the researchers say.

Requiring that women express dominance only in specific, relatively narrow ways is not a path to gender equity.

Women internalize at least some of those stereotypes. In one experiment, cited by Tiedens, women were asked to write graduate school admissions essays on their own behalf and for another person. The essays about themselves were markedly poorer. Commenting on that research, Tiedens says, “this reduced success was explained by the women’s fear of being negatively evaluated by others for advocating strongly on their own behalf.”

In 2010, a group of researchers mentioned by Tiedens in her research found that women who ask for resources for themselves — a raise, for example — are liked less than men who make the same request. But if they ask for something for someone else, a higher salary for a subordinate, for example, there’s no penalty.

“Fighting back against budgets cuts to the department or business unit that one leads may be an ideal opportunity for both male and female leaders to deploy their strongest persuasive weapons without fear of social costs. Indeed, leaders may be penalized for not advocating on behalf of others for whom they are responsible, ” write Tiedens and Williams.

Although those strategies may be helpful, they are imperfect, says Tiedens. Women should not need to engage in corporate jujitsu in order to succeed as strong leaders.

“At some point in their careers, women leaders will need to make explicit (rather than implicit) demands of others, and requiring that women express dominance only in specific, relatively narrow ways is not a path to gender equity.”