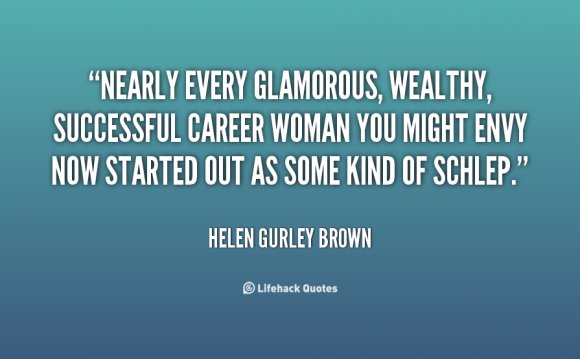 Ahead of International Women's Day (Saturday 8 March) this is a guest blog by Molly Smith, marketing and recruitment assistant at FDM Group

International Women's day is on Saturday 8 March, a universal event to celebrate women's achievements in social, political and economic advancements whilst also encouraging individuals to advocate gender equality to inspire positive change throughout the world. 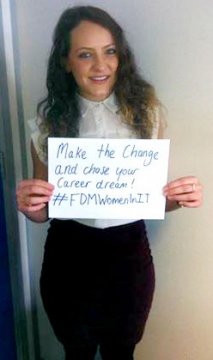 Each year the celebrations revolve around a specific theme, this year is on 'Inspiring Change'. With this theme in mind, I thought it would be appropriate to collate some of my favourite quotes from influential women in technology to inspire all the ladies out there into making the change and chasing after your career dreams!

"A ship in port is safe, but that is not what ships are for. Sail out to sea and do new things."

Grace Hopper, a Developer and a US Navy Rear Admiral was one of the most influential women in the history of Computer Science. She became a pioneer in the field of programming, through her years of dedication to developing programming languages which are still in use today. Even in these modern times Hopper is still an inspirational role model to both men and women who have an interest in technology.

This thought-provoking quote sums up Hopper's drive to succeed completely; she made computers accessible to everyone through programming them into plain English much to the disbelief of her fellow team members. So, take note from her ladies, and be inspired to take on new opportunities no matter how many times you are told it is not feasible: you can achieve anything that you set out to do!

"Women shouldn't be afraid to put themselves forward"

Sarah Wood, COO, is a Co-founder of UK video technology company, Unruly Media, which began in 2006 as a small technology solutions company to provide brands with the support to make their video content become an online viral sensation. Since 2006, Unruly Media has rapidly expanded with offices in Europe and the US, including New York, San Francisco and Chicago.

Sarah advises women to put themselves forward and not to be afraid of opportunities that face them. She is a prime example of a woman who put herself forward and succeeded in an area where she had no previous experience whilst also going into business in a market completely new to her whilst partnering up with two male friends. Follow Sarah's advice and don't be afraid of putting yourself forward for the opportunities in your life, you never know where it may lead you.

"I think it's very important to get more women into computing. My slogan is: Computing is too important to be left to men."

Karen Spärck Jones, Professor of Computers and Information at Cambridge Computer Laboratory was a British Computer Scientist who profoundly campaigned to encourage more women to take an interest in Computing. Gaining many honours over her time for her work, her most poignant contribution to technology was her work on the concept of inverse document frequency (IDF), which is still used in most search engines today, as part of the TF-IDF weighting scheme.

Spärck understood that Computing requires the skills that women can bring to the sector as well as our male counterparts. Women are able to succeed in this exciting industry and can add a different perspective to the world of technology. With it being said in the news that women are the main users in consuming technology products, it makes sense for females to get involved in Computing in order to combine the skills of both genders and promote gender equality in the sector. So ladies, follow Spärck's advice and realise Computing needs you!

"Find something you're passionate about and just love. Passion is really gender-neutralizing."

Marrisa Meyer, CEO at Yahoo is listed as one of the world's 100 most powerful women in Forbes Magazine. Meyer started out as the first female engineer at Google before going on to work on a vast amount of roles before becoming Vice President of Local, Maps and Location Services. Now appointed as the President and CEO of Yahoo, Marrisa has worked on a major overhaul of the sites photo sharing service, Flickr, whilst also working on gaining a string of major acquisitions such as online platforms Tumblr and Summly.

Meyer advises people to go out and find something that they are passionate about and find a career they love, it is clear that Meyer has found a career in an industry that she has true passion for. Since studying Computer Science at school through to building a highly successful career in the area, she is a strong advocate for following your passion in your career. Follow Meyer's advice and go after a career that really inspires you; there is no need to be working in a job you show no interest in when you can make a success out of something you truly believe in. This piece of advice is for everyone, not just the ladies!

"Networking is absolutely key to creating a supportive network within any industry."

Sheila Flavell, COO and Co-founder of FDM Group, an international IT services provider is a hugely successful business woman within the industry. Since joining FDM, Sheila has been fundamental to the success and expansion of the organisation's global footprint whilst being responsible for overseeing Operations, Recruitment, Marketing, Human Resources and the FDM Academy globally. Flavell has also spent the last three years spearheading the organisation's 'Women in IT' campaign, an initiative which is committed to encouraging and supporting women to enter the IT industry.