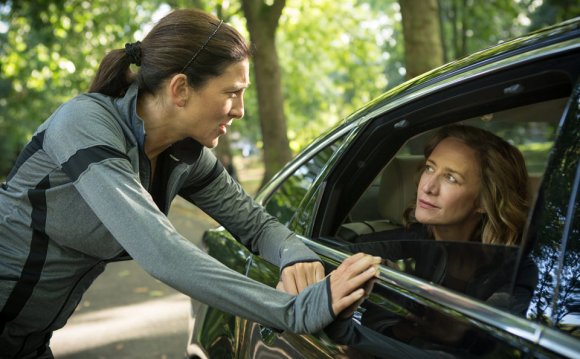 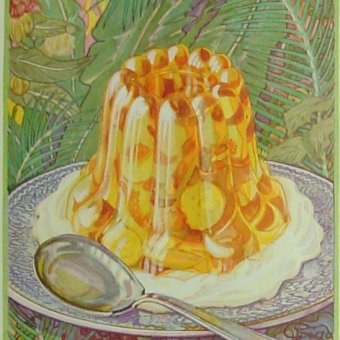 The celebrity cookbook is a perennially popular genre, oscillating through the decades between self-indulgence and self-improvement. Well-known figures like Chrissy Teigen, the prolific Gwyneth Paltrow, and musician/chef Kelis will all guide you through their home cooking if you’ll let them. You can probably get better recipes from your grandmother, but privileged information from a big name—even just their kitchens—is a relatively dignified way to indulge celebrity worship. And stargazing would have been appealing to writer and Texas society-maven Florence Stratton when she compiled, published by Harper & Brothers in 1925.

Years ago, I came across this title by way of one single recipe—an anecdotal, two paragraph wonder by Mrs. F. Scott Fitzgerald, described by Stratton as “wife of author of ‘The Beautiful and Damned, ’ ‘The Jazz Age, ’ etc.” It was an entry called “Breakfast.”

See if there is any bacon, and if there is, ask the cook which pan to fry it in. Then ask if there are any eggs, and if so, try to persuade the cook to poach two of them. It is better not to attempt toast as it burns very easily.

At the time, I was hunting through a large volume of Zelda Fitzgerald’s own collected writings for threads of Zelda’s consuming obsession with ballet—a tragically futile pursuit to throw oneself into at twenty-seven—and I quickly moved on. Much later, I returned to the recipe and was attracted to its idiosyncrasy. I had to have the book—a task beyond Amazon, but within my grasp by special request at one of the largest libraries in the country.

As it turns out, the book—or, at any rate, the available copy I delightfully pored through for days—is a compact, unassuming volume with a red cover so plain it makes the fleur-de-lis pattern on Mastering the Art of French Cooking look downright sexy. But within are recipes that read like succinct narratives—little pearls of creative writing by some of the most accomplished women of the twenties.

By the mid-1920s, when this book was published, Florence Stratton was already a newspaperwoman, working in Beaumont at the local journal, which later became the Beaumont Enterprise, covering the society beat. She was well connected, with dear friends that included the first lady of Texas, Willie Chapman Cooper Hobby, in residence at the Governor’s Mansion in Austin. But Stratton, Texas born and raised, was an intelligent woman from the start—educated and driven. She was a master of commentary, veiled in a sweet affability.

Dropping names from the get-go, in her foreword Stratton recounts the story of an early attempt at cooking from what she refers to as a book of “assembled recipes by noted men of this country.” From this volume—1922’s Stag Cook Book: Written for Men by Men—Stratton attempted a recipe for chicken halibut by the silent-film producer Thomas H. Ince. This first brush with celebrity cooking sent Stratton straight to the hospital.

A disenchanted Stratton shortly thereafter received a letter from her closest friend, Mrs. William Hobby, describing a personal collection of recipes from her female acquaintances. Willie Hobby, a progressive and popular figure both in Washington and Austin, had purportedly gathered the recipes while living in the Governor’s Mansion. But one imagines Willie built the foundation of this impressive collection while at cocktail parties and balls, as she worked the room. In other words, it was based not just on celebrity worship, but on personal connections.

Says Stratton, with a certain dramatic flair, “I knew I had been the victim of the illusions of the great men of this country, ” But, “I knew that in the recipes of the great ladies of this land, tender mementoes of secret ambitions to win hearts they loved, lay my way back to health and happiness.”

Stratton was far from immune to the lure of high society and celebrity. Yet, here she had honed in on something real: food and meals shared between people create an immediate intimacy, and personality can be found between the lines of most any recipe.

And Stratton is loose with her definition of a recipe. Several entries, especially those categorized as miscellaneous in the extensive table of contents, read more like compelling micro-stories. Zona Gale, the first woman to win the Pulitzer Prize for Drama, in 1921, shared her recipe for a “Happy Meal:”

When you put your hand on the knob of the dining-room door or step across its threshold, remember that that in which you are about to participate is a kind of sacrament for spirit and mind as well as for body. Make the hour live in spirit and mind as well as in body. Let every moment of the time be as beautiful as a sentence in a beautiful ritual, and know that it is of the highest importance. If there are children present, draw them up into this new air, make the hour not dedicated to flavors, but to sanctities of which we probably have as yet but the dimmest understanding, and leave the table with the sense of having administered to more than bodily needs by more than bread and meat.

Should you have forgotten by now that this is a cookbook, rest assured there are many recipes amongst the 160 that are traditionally instructive: A steamed pudding from Mrs. C. A. Culberson, “wife of the late senator of Texas;” scotch haggis by Countess Margot Asquith, and leek salad from her daughter Princess Bibesco; two recipes for frozen strawberries; a cheese soufflé via Mrs. Thomas Edison. (God help you if you don’t like eggs and mayo, or if you don’t own a mold.) Yet there are other recipes that read conventionally at first, and then deepen upon reflection. Consider Mary Pickford’s “eggs milady, ” which is so extravagant with its pâté de foie gras and black truffles that I couldn’t help but think the screen siren must have been compensating for something. And, indeed, Pickford had a very humble upbringing and began acting as a small child in order to support her fatherless family. As one of the biggest movie stars of that time, Pickford—famously canny—undoubtedly selected this particular recipe with eyes wide open, and a clear idea of what she hoped the reader would deduce about her lifestyle.

which design principle is shown in the illustration how much manager walmart what solution attracts flies where is development of personality where technology and humanity cross how device drivers work why solution focused therapy is effective where to cool solution re2 who system thinking what solutions are there for climate change how much managers check bpi when project runway season 20 how many project zorgo members are there where system root is the c drive who system of government what management style is most effective for you which product is an example of a capital good how many solutions does this system have how much startup money to open a restaurant how many entrepreneurs have adhd where to find roadmap in jira which startup should i start in india why design thinking is important how many london stabbings 2021 how development is measured when entrepreneurs face a significant where entrepreneurship came from how to roadmap a project how startup funding works when product owner is not available why entrepreneurs fail what are the 3 management process where's device manager which science deals with the motion of projectiles how often does waste management bill when solution of ni2 and nh3 whose business number is this what project is stitch how project phone to tv who teaches you english where is izzy from startup which solutions would you use which startup is best who buy products and who use product how product and marketing work together
Source: www.theparisreview.org