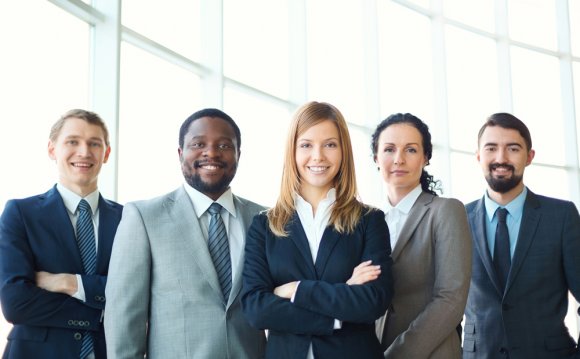 Gender doesn’t matter to most. A vast majority of men and women agree that gender does not play a role in a person’s ability to lead a business. Some 80% of men and women surveyed by Pew said that neither men or women have leadership styles that make them more successful in business. In fact, about a third of adults (31%) said top female executives may be more honest and ethical than male execs.

Women are even good for business. There are also evident benefits to having more female leaders, according to respondents. About three-in-ten Americans surveyed said that having more women leaders in both business and government would improve the quality of life for women across the country.

Still, few women are reaching the top. Despite these findings, only 25 companies in the Fortune 500 are run by women. 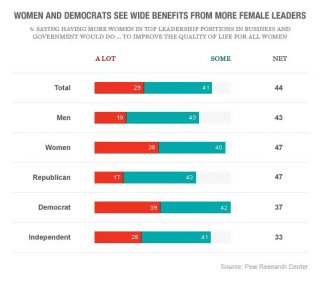 There were no female CEOs in the Fortune 500 20 years ago; since, women have made modest progress in obtaining CEO roles. The low number of female CEOs in the Fortune 500 may be due to gendered stereotypes that pervade the workplace. Pew’s survey found that 34% of the respondents believe that male executives are better than women at assuming risk.

It gets worse when you dig deeper. The thinking was similar when Pew asked respondents about specific industries. A significant portion felt that men would do a better job leading technology, oil and gas and finance companies. Perhaps as a result, female Fortune 1000 CEOs are more common in industries like retail and food production.

And few people think it’s easy for women. Despite Pew’s initial finding that gender does not play a role in a person’s ability to lead, most Americans say it is easier for men to get into top positions in business as well as politics. Two-thirds of Americans overall believe men have an advantage and three-quarters of women say men have a better chance.

Bottom line: Corporate America still isn’t ready. Pew’s study shows that men and women may believe female leaders are just as qualified as their male peers, but certain stigmas persist. Even in 2014, some 50% of women and 35% of men agree that many businesses aren’t ready to hire women for top executive positions.

To subscribe to Caroline Fairchild’s daily newsletter on the world’s most powerful women, go to 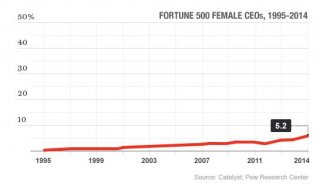 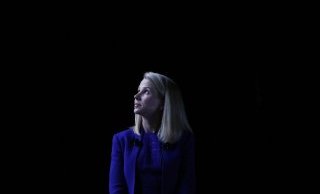