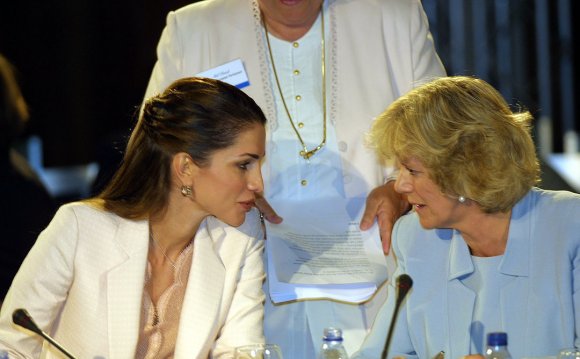 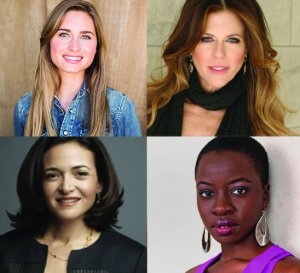 Some of the world's most prominent and credible female voices - including Beyoncé, Meryl Streep, Lady Gaga, Sheryl Sandberg, Charlize Theron, and Angelique Kidjo - have a VERY important message about the girls and women of the world.

ONE asked a group of women business leaders, artists and activists to join us to send a message to two world leaders who could help put the world on track to end extreme poverty, by empowering girls and women everywhere. German Chancellor Angela Merkel and South Africa's Minister of Health Nkosazana Dlamini-Zuma host key summits this June, which could set us on a path to smart new Global Goals that will can unleash girls and women's true potential. These two politicians will hear direct from this great group of influential women - and ONE members around that world - that the time for girls and women is now.

Thank you for your leadership and the example you offer all girls and women.

In June this year you will both chair key summits at which you have placed women's
empowerment on the agenda - one in Germany, one in South Africa. These meetings are just before the historic global summit on how to finance the new Sustainable Development Goals in Addis Ababa, which will be followed by the unveiling of these goals in New York in September.

The timing is such that if your summits reach the right agreements, great financing and momentum around girls and women's empowerment can be placed at the heart of the new global goals. That in turn will frame how global policies are decided, and trillions of dollars spent, over the next 15 years.

For the girl who can't go to a decent primary or secondary school or access healthcare, or who is forced to marry while still a child; for the mothers threatened with death when they give life and who aren't allowed to decide when to have their next child; for the women who can't own or inherit the land she farms, nor open a bank account, own a phone, access electricity or the legal system; for the infant girl who doesn't legally exist because her birth wasn't registered and the government hasn't the capacity to collect data on her or her village; for the women and girls who can't take those who are violent towards them to court nor access justice - let's
make sure they all count.

If we get this right, we could help lift every girl and woman out of poverty by 2030 - and by doing so we will lift everyone. Get this wrong and extreme poverty, inequality and instability might spread in the most vulnerable regions, impacting all our futures.

The choice is obvious and we know where you stand personally. But the course you set as leaders in this historic year will be critical in either creating momentum or slowing it down.

In 2015 let's all have the courage to demand better and follow through with the resources and policies that it will take to end extreme poverty by 2030. Millions of girls and women around the world will applaud your decisiveness - and will help ensure the promises made this year are truly kept into the future.

Stand with girls and women everywhere

The fight for equality is already on. In developing countries, thousands of girls and women are breaking down these barriers and achieving extraordinary things. But your voice can help turn personal victories into global ones. Join us!