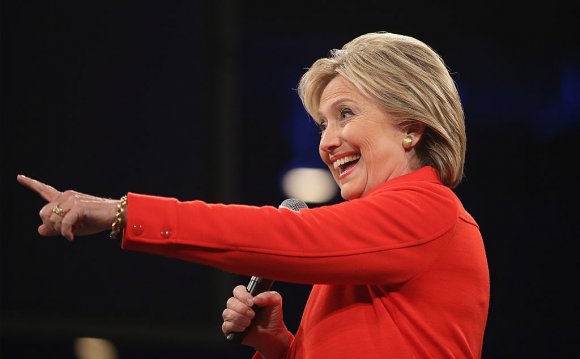 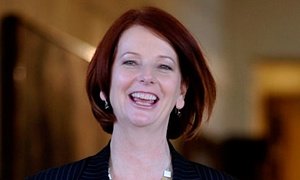 Does this make any difference to women? Does a female leader ensure more female-friendly policies? Nan Sloane, director of the Centre for Women and Democracy, says it depends on the individual. "Michelle Bachelet [the former president of Chile] came at the job with a very definite view that she was doing this as a woman, compared with somebody like Margaret Thatcher, who made quite a different choice as to how she operated."

In Iceland, which has a female – and, crucially, feminist – prime minister in Johanna Sigurdardottir, the appointment has had a clear effect on policy. Strip clubs have been banned and men who pay for sex have been criminalised.

Sarah Childs, professor of gender and politics at Bristol University, says, "You can't prove that x number of women in a parliament will change things, but in the UK, there is evidence that the influx of Labour women were at the forefront of women's issues and perspectives on the political agenda." She points to policies such as Sure Start and laws on domestic violence. And the influence that women can have on policy is obviously greater if they're at the very top. "A good example is the first PMQs with David Cameron and Harriet Harman, " she says, "where she questioned proposed policies on issues she cares about – in this case the anonymity of rape defendants. She put it on the agenda. Clearly it is important that women are in leadership positions."

The other effect of having women in leadership roles is to encourage them to believe they can succeed in parliament – the former Labour MP Dawn Butler once told me that while she despised the politics of Thatcher (a woman who never promoted another woman from Commons to cabinet), just the fact of her being prime minister while Butler was growing up inspired the younger woman to become a politician.

Ceri Goddard, director of the Fawcett Society, the campaign group for gender equality, says, "There can be no doubt that having women at senior levels in politics attracts other women, and also changes the overall political culture. Evidence suggests you need a critical mass of women in leadership positions to make a big difference – 30% is acknowledged as the minimum, but we'd be arguing for 50/50."

When it comes to world politics, even if we're experiencing a heyday of female leadership, we're still a long way from parity with men: women make up 9% of world leaders. And, unfortunately, it might be too much to wish for that Diane Abbott will become the UK's next prime minister. So where should we be looking for the next female leader on the international scene? Sloane says it's hard to say: "[Women leaders] tend to arrive slightly unlooked-for. I think if you had said three months ago that Kevin Rudd [the former Australian prime minister] was going to resign, it would have seemed unlikely. They are not necessarily the countries that you would predict. A quite significant number of women leaders are from conservative or rightwing parties, and some from very traditional societies. There just isn't a pattern."

List of Top famous in the world best political leaders